Following the outcome of the Derek Chauvin trial, many still see flaws in our justice system. 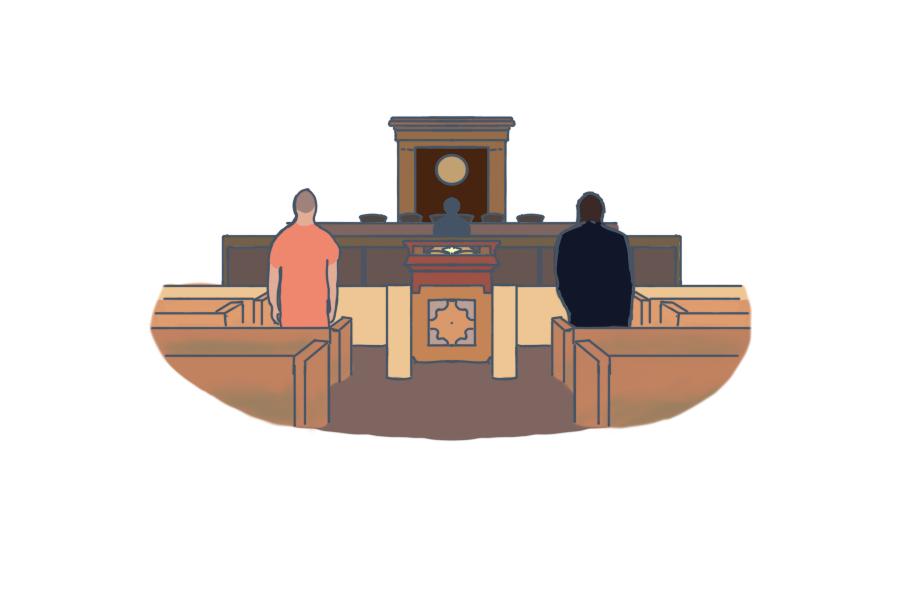 Read about the verdict for Derek Chauvin.

Derek Chauvin, a former cop for the Minneapolis Police Department, arrested George Floyd after a convenience store clerk accused Floyd of paying with a counterfeit $20 bill on May 25, 2020. Police bodycam footage and witness cell phone footage showed Derek Chauvin putting immense pressure onto Floyd’s neck. Floyd was restrained with handcuffs while expressing to the officers that he could not breathe. It was stated by multiple medical examiners that the restraining from the officers resulted in the death of George Floyd.

Following the release of the Floyd arrest video, civil unrest began. People all over the world flooded to the streets demanding justice for black lives that have been taken by police. Fear was scattered across communities about what’s going to happen next, and who it could happen to next.

¨To be completely honest, it was probably better for Chauvin to be found guilty of the charges, or else the world would literally explode,” senior Alex Hall said.

Even with Chauvin’s sentence, activists feel that we are still not headed in the right direction due to similar recent events like the deadly shooting of Daunte Wright whose case sparked much division.

“I am hopeful there is a chance, however, the reality is that there is always that one bad apple, and the justice system now is kind of useless because of how hard we have to fight for even one person to get justice,” Rayne Stokes said, a member of student equity.

Chauvin’s sentencing has opened up the topic of holding all police officers accountable as well as our Country’s leaders. Holding our system accountable for their wrongdoings, and failures.

“We have to keep holding those that do wrong and target minorities accountable for their actions, as we saw with Derek Chauvin, and overall just applying enough pressure to the point where our voices are heard,” Stokes said.

With systematic racism being a hot topic for the last year, people have been arguing back and forth over the existence of systematic racism within the U.S. Despite the backlash, many still are confident enough to come forth and fight for freedom and equality.

“Do not be afraid to speak up,” Stokes said. “I know everyone says that, but it does help. I know sometimes we are scared of what our friends, parents, and peers might say from everyone having different opinions and beliefs, but please speak up.”

Even with the seemingly positive outcome of the Derek Chauvin trial, we have still seen headlines regarding and fatal shootings like Breonna Taylor. Just when we think we get justice, a new headline comes out reporting the death of a minority due to the actions of a police officer.

“Right after the guilty verdict for Derek Chauvin, Makhia Bryant was shot and killed the same day in Ohio by Nicholas Reardon, and a week earlier, Daunte Wright killed by Kim Potter, Stokes said. “So there always seems to be one step forward, three steps backward.”

When it seems like every other news headline involves a fatality involving an unarmed Black person and a cop, it can be understood why Black Americans may feel targeted or unsafe around our law enforcement. Rayne shares her fears as a young Blackwoman.

“For myself, I was scared and still scared if I’m being honest,” Stokes said. “As a young Black woman, I never know what could possibly happen to me with the cruel world we live in, and seeing how quickly things escalated with Mr. Floyd showed no matter how much we talk about the inequality between races, there will always be some sort of separation or inequality.”

At the end of the day, George Floyd and his family did receive justice, but no amount of sentencing for Chauvin will bring back Floyd or any of the other innocent lives we have lost due to the police. No amount of sentencing can erase the pain and trauma that black Americans deal with daily.

A powerful quote stated by BlackLivesMatter, “The day we will truly achieve justice is the day that no Black person is taken from us at the hands of police.”