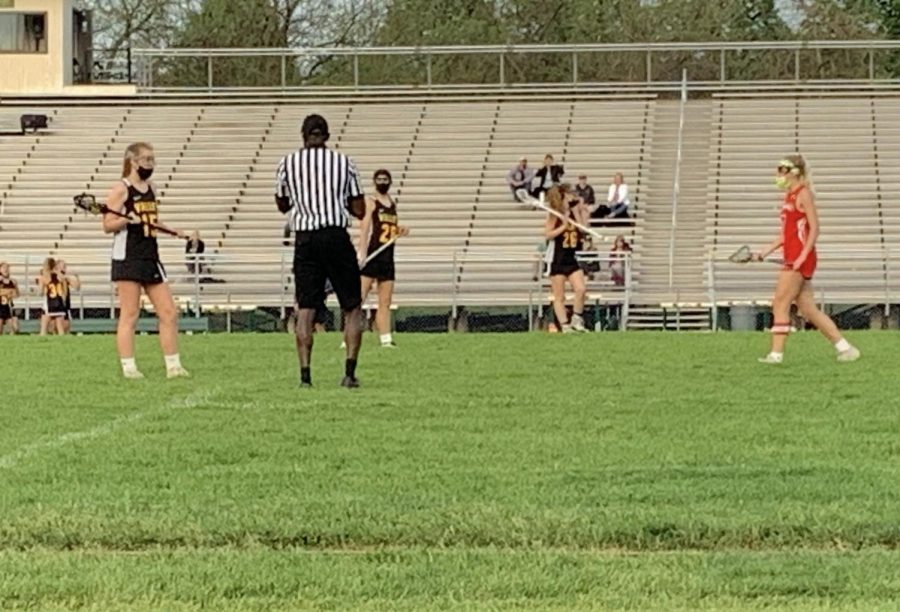 The girls’ lacrosse team went up against rival Naperville Central yesterday. They beat them, handily, by a score of 19-8. The Redhawks stood no chance against the Mustangs’ aggressive and persistent offense.

Early in the first half, the Mustangs found themselves in a hole, down 3-1. There were some opportunities and chances that were not capitalized on. Metea then flipped the script, scoring nine of the next ten goals, and snatched a lead that they would never relinquish.

After the game, junior Allison Davis emphasized the importance of obtaining and containing momentum.

“Generating and keeping momentum is super important,” Davis said. “Last week we had a game we were winning and ended up losing by one. So momentum really impacts the results.”

Metea had recently got their team captain back from an injury, which turned the tide in the Mustangs’ favor. Davis also emphasized how crucial and vital her captain’s presence was.

“She was able to get our defensive side back on track,” Davis said. “Offensively, we just worked together and made sure to look for open girls.”

The team has made long strides and vast improvements in their game, and it showed. They worked together well as a team and as a unit. Davis alluded to the largest stride the team made over the course of the season.

“We just learned to work better together as a team, not having a season last year, then having a few freshmen make varsity took some adjusting but I think we did it,” Davis said.

The girls’ lacrosse team has shown improvement, and they demonstrated it last Wednesday. They proved that they stay resilient when down and can take on anyone, anywhere. They are a matchup nightmare on both ends, and it makes for a very fun team to watch.

Their next game will be against Neuqua Valley on Wednesday.