In a post-COVID era, opera needs to continue the creativity it has cultivated 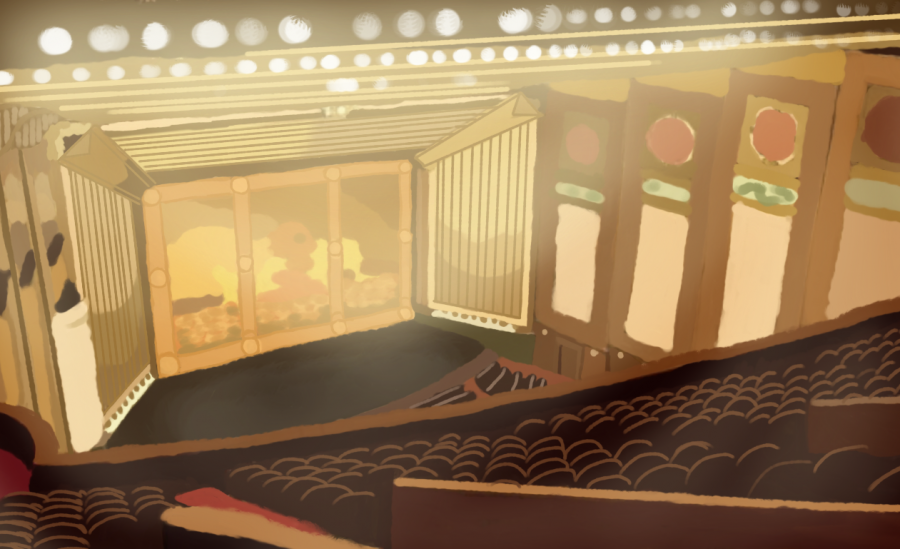 Opera is making a comeback after the pandemic. The Lyric Opera of Chicago has just announced their newest season coming late 2021 and early 2022.

In the past year, I have talked about many of my interests here on Metea Media. The autism rights movement, politics, current events, Mold-A-Rama machines. I thought it would be a perfect way to end the year by talking about one of my most long-held interests: opera. Opera may appear to be stuffy and outdated- and, in some cases, it can be- but I find it deeply fascinating, and I think that opera has massive implications for the rest of the theatrical art.

On May 19, the Lyric Opera of Chicago unveiled its newest season, set to unfold in 2021 and early 2022 and the first to take place since the local opera company was shut down due to the pandemic in March 2020. While the season is smaller in both scale and number of productions than the ones that preceded it, it is still a sign of hope in an industry that has suffered from the pandemic. As opera is a very social event that traditionally takes place indoors, and involves singers specifically trained to be able to project their voices into the crowd as far as possible, it has taken a while to bounce back. It is among the last of industries that will be able to reopen as the pandemic loosens its grip on the world. Because of the prolonged closure, opera houses have had to resort to more creative ways to still showcase their art and make enough money to sustain the business. I think that in the end, these solutions will be one of the silver linings of the pandemic as, if the ingenuity and accessibility that opera houses wielded during the pandemic continue to be expanded on, it could help out all of theatre.

When the first couple of opera houses closed due to COVID-19, it was as if the opera world at large began to go through the stages of grief. Those in the opera community all knew that everything would close up eventually. The question was when and for how long. The Lyric, in particular, suffered heartbreak when the pandemic closed its theatre only a scant few weeks before it was set to perform the entirety of Wagner’s Ring Cycle. The Ring Cycle is a set of four operas by Richard Wagner, following the trials and tribulations over generations of gods, beasts, and mythological heroes as they fight for control of the titular Ring, which can let its owner control the entire world. Eventually, the world of the gods itself ends in the last opera, leading to rebirth from its ashes- and the notion that not even gods are infallible. When an opera company does a full set of the Ring Cycle, it is a massive event, and a very rare one given the sheer grandiosity of the work. A single run of the entire cycle, back-to-back, lasts about 15 to 17 hours. Opera fans from all over the world flock to see it. With their Ring Cycle suddenly available, after all the expenses they poured into it, the Lyric found itself adrift in an unfamiliar and rocky sea.

But then, almost as soon as everything closed up, something extraordinary began to happen, and opera began to find ways to still connect to its audience.

One of the most notable forms of this has been free streaming that opera houses have provided during the pandemic. While streaming operas for free was already an option, it used to be far more difficult than it has become. Usually, operas would only be available for a set amount of time before being taken down forever (as is the case with OperaVision, a YouTube channel that acts as a free streaming service for opera), only streamed as a special event, or withheld from free streaming entirely- so, if one wanted to see a certain production, it would often be extremely hard to get one’s hands-on. However, in the time of the pandemic, the available streaming options have readily improved and are now often available for free. This also helps the art of opera itself. While we in the Chicagoland area are thankful to have a big, nearby house like the Lyric, many places are hours away from any theatre at all, let alone an opera house. In addition, some people may not be able to go to an opera house even if they live near one, due to financial constraints, disability, or simply not having the time. Being able to easily access opera for free via the internet lets these people experience the magic of opera as well.

Another tactic opera houses have used is to take the opera and, quite simply, stage it somewhere else where pandemic restrictions can still be followed. The Tulsa Opera in Oklahoma was among the first to do this with a staged production of “Rigoletto”- among the very first American live productions of opera since the start of the pandemic- in November. Instead of using their opera house for the occasion, Tulsa Opera decided to rent out the local baseball stadium, as the size and outdoor location of the stadium followed pandemic guidelines. From there, they updated the entire setting of an opera that traditionally takes place in sixteenth-century Mantua to fit the newfound location. The smarmy, misogynistic Duke of Mantua became a star pitcher. Sparafucile, the assassin who is a stickler to his own honor code, became an umpire. And Rigoletto- the belittled, hunchbacked court jester at the center of it all- became the team’s derided mascot. Despite all the changes made, the opera still flowed perfectly. In some cases, the pandemic restrictions made the opera all the more sad, such as in the final scene, where Rigoletto’s daughter Gilda dies as the result of a revenge scheme gone horribly wrong. In most productions, Gilda is at least able to die in the comfort of her father’s arms- but not here. The two singers could not be closer than six feet to each other, resulting in Rigoletto being unable to even cradle his child in her last moments.

I was there for the premiere of this production when it was streamed on YouTube. It was wonderful to watch, and in a time of virtually no live opera, it felt like an oasis.

The Lyric, too, is picking up on this. The opera house performed an adaptation of “Gotterdammerung”, the last opera of the “Ring Cycle,” in- of all places- a parking garage. The piece, called “Twilight: Gods,” was specifically designed by the Lyric and the Michigan Opera Theatre to be accessible during the pandemic, as viewers are able to watch the scenes unfold from the safety of their vehicle. While I personally have not seen it yet due to tickets selling out in minutes, it has received positive attention, most notably in the form of a glowing review from the Chicago Sun-Times. Over the summer, the Lyric will make a free recording of the production available so it can be further accessible. Even into next season, the Lyric will continue to stage operas beyond its theatre, with a production of “Hansel und Gretel” staged fully outdoors.

Of course, over the course of the pandemic, there have been missteps. Not everything has been perfect, and opera houses have slipped up. Even when opera companies mean well, it is possible for even the greatest plans of mice and men to go awry. But it is a sign of hope- especially to an industry that often tells itself it is dying.

Opera has always thought of itself as a dying art, due to the belief that it is antiquated and losing its audience. Even if one goes back generations, one will find people complaining about what came to be the greatest opera composers due to claims of them “killing the art.” These claims have been amplified in the pandemic due to the nature of how long the traditional concept of opera has been closed for. However, if anything, the pandemic has shown that opera is stubborn, and that it will not go down without at least a good fight. In fact, many of the people I have befriended in the opera community- be that through social media or the opera-themed Discord server I run in my spare time- fell in love with it during the pandemic because of the increased accessibility measures opera companies have had to use, and they cannot wait for the usual opera protocol to make its return.

So, what should opera- and theatre as a whole- learn from all this? The most important thing, I think, is that accessibility always helps. When theatre companies put their content behind a paywall or make it only available in one location, they are robbing themselves of an audience. There is always someone out there that just needs to be shown their content to like it. Secondly, even disastrous situations have a silver lining to them. There is always something to salvage from the ashes. And thirdly, and perhaps most importantly: creative, out-of-the-box solutions help theatre more than they harm it. People love to experience similar things with a completely different lens, whether that’s “Rigoletto” in a baseball field or The Ring Cycle in a parking garage.
In fact, I would argue that is the beauty of opera. If I bought tickets, in a COVID-free world, to see “Wicked” in five different theatres around the world, I would have the same experience every time. Sure, it would have a different cast and location, but the characters will always have the same interpretations. The set will always look the same. Even the music will always be orchestrated the same way and played at the same tempo. But I could see “Don Giovanni,” a Mozart opera, every day for months, in a different place each time, and I would never get the same experience twice. The character interpretations, the set, the costumes, the tempo of the music, even what order the music is played in and how it is orchestrated- all of that can be taken in nearly any direction!

Opera has creative freedom that is lacking in other theatrical mediums because of its age, how much of it is in the public domain, and the creative freedom opera houses exercise. This freedom can let opera houses connect with audiences in ways other theatres cannot- and the more out of bounds, the more creative, the more thought-provoking that opera production is, the more unique it becomes. Operas are a perfect marriage between the familiar and the unknown. They are, to me, like the moment in “Star Wars: A New Hope” where Luke Skywalker stares into the twin suns of Tatooine- he’s known them all his life, and they are very familiar to him, but at the same time they hint at a world beyond, at something new, a change. That is the exact feeling I want opera houses to capture- and the post-pandemic landscape is giving them a perfect opportunity to capture it, as we find ourselves in a world that is very different yet at the same time heartachingly familiar.

Just like its Ring Cycle, opera is finding rebirth in ashes. Art is a constant cycle of rebirth- we simply must have the courage to know that from the start, and accept it.