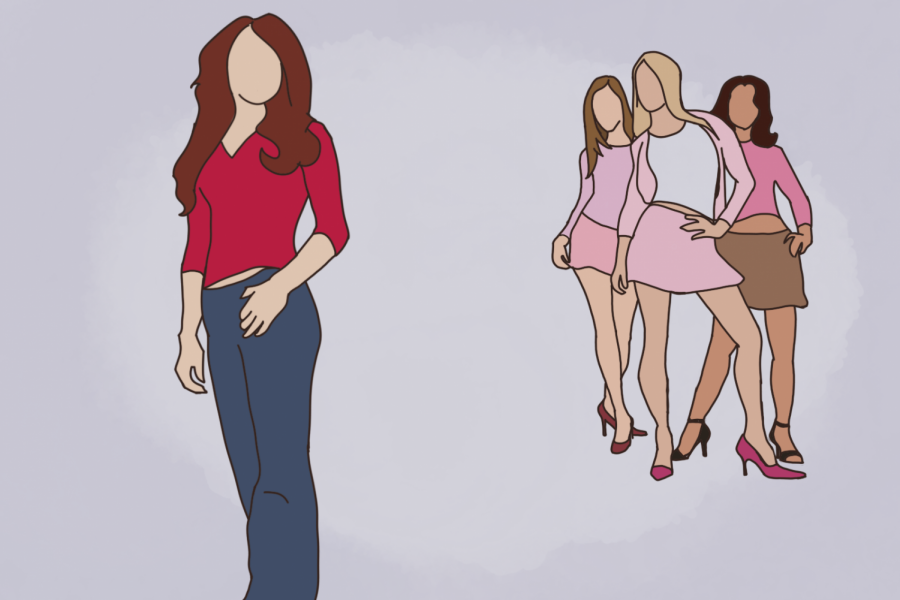 The sequel to "Mean Girls," "Mean Girls 2," is not as good and the previous movie.

I have developed a new fascination with unnecessary sequels. There is just something so interesting about being so desperate for a quick cash grab that people are willing to disrespect the name of a beloved movie, and the most notorious case of this is “Mean Girls 2.”

The first “Mean Girls” plot follows Cady Heron, portrayed by Lindsay Lohan, a junior who has been homeschooled her entire life in Africa but is given a chance to attend public school for the first time. She gets befriended by Janis, portrayed by Lizzy Caplan, and Damian, portrayed by Daniel Franzese, who inform her of all the high school cliques, including the Plastics. The Plastics are the most popular group of girls in the school who are fascinated by Cady and offer her a spot in their group. Janis and Damian encourage Cady to join the Plastics so they can infiltrate the group. While “Mean Girls” could be over the top, what made the movie a classic was that it still had a way of staying grounded. This story is told from Cady’s perspective. The writers made the right choice with selecting Cady, it gives the audience an outsider perspective on public school.

At the start of the movie, Cady was very naive due to her growing up in an environment where she was mainly surrounded by the animals her parents studied. So, all she had to compare the real world to was the animal world. This made it very easy to mold into the person she became in the film due to her contact with the real world. However, this also led to her downfall because since she spent so much time observing the Plastics’ every move, she became one.

“Mean Girls 2” takes place a few years after the original film. Instead of Cady, the new main character is Jo Mitchell, portrayed by Meaghan Martin. Jo wants nothing more than to attend Carnegie Mellon University for college, but she is not sure she can afford the tuition. There is a girl in Jo’s school named Abby Hanover, portrayed by Jennifer Stone, who is constantly getting bullied by other students. One day, some students damage Abby’s car, so Jo gives her a ride home. After arriving at Abby’s house her father, a successful actor, asks Jo to become her friend so she can be less lonely, and in return, he would pay for Jo’s tuition. So she accepts Abby’s father’s offer and becomes close with Abby that she always stands up for her whenever the Plastics bully her. This causes the Plastics to see Jo as a threat because no one ever confronts them, so they try to recruit Jo to join them but she rejects and Mandi decides to try and make Jo’s life miserable

The thing about Jo is that she is the complete opposite of Cady. Jo is more street smart than Cady because unlike Cady, who lived in the same place all her life, Jo moved around a lot and she said at the beginning of the film that she transferred schools twice a year for eight years straight. While both Jo and Cady fall under the “not like other girls” trope, they do so in different ways. Cady is a complete outsider who just wants to enjoy her high school experience but in “Mean Girls 2” the movie needs to constantly remind the audience that she is different. Even in one scene where the love interest, Tyler portrayed by Diego Boneta, compares Jo to the other girls in the school after she stood up for Abby, she says, “Do I look like most girls?”. Other than Abby, Jo hates being friends with girls. She is the only student with a Vespa and is the only girl in the entire school who is in the woodshop class. While one can use the argument that Cady was the only girl on Mathletes, remember that while she did wanna join in the beginning she was constantly talked out of it and was forced into the team at the end as her punishment for her actions.

“Mean Girls 2” main flaw was subtlety with its plot and characters. In the first movie, the head of the Plastics was Regina George, portrayed by Rachel McAdams, a master manipulator who had the school wrapped around her finger. Regina had this tactic where she would make people feel included, but not to the point where they felt like an equal to her, so they would constantly crave her approval. In “Mean Girls 2,” there is Mandi Weatherly,  portrayed by Maiara Walsh, who is only popular because she is rich. Instead of Regina, who relied on manipulation, Mandi was a cliche popular girl who relied on pranks to scare people. She put espresso in Jo’s dad’s car, glued Jo into the seat of her Vespa, or hacked the school’s monitor to embarrass someone. This all contradicts one of the commentaries the first “Mean Girls” has made about the pressure society puts on women to always be civil for any conflict.

I would give “Mean Girls 2” one star out of 10. It has no redeeming qualities. Overall, it felt like a kid’s movie but they had them curse every once in a while to get a PG-13 rating, the only thing they had in common with the original movie is that they shared a location, and just chose to completely forget about the themes from the first film.