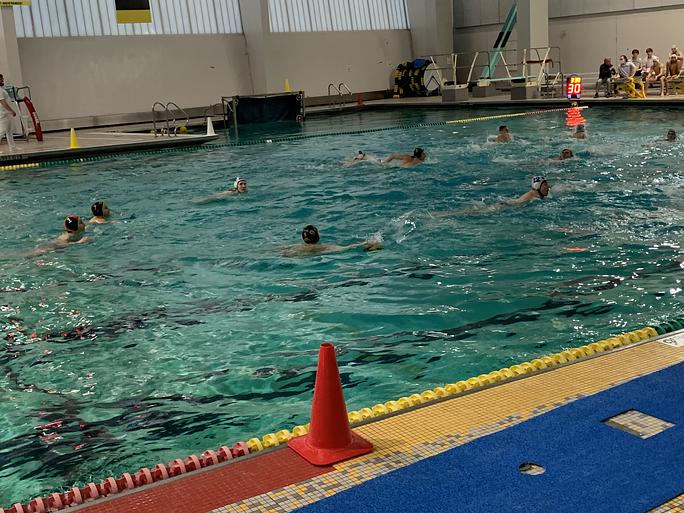 The Mustangs were on the attack in their matchup with St. Charles North on Wednesday.

The Mustangs locked horns with the North Stars in their non-conference game on Wednesday. The Mustangs entered the week with a huge conference win against Neuqua Valley, thrashing them 23-6 on April 5.

Enter the North Stars. They went into Wednesday with a record of 9-2, ranked top 20 in the state of Illinois. Their only losses this season came against York on March 12 and against Waubonsie Valley on March 17.

The Mustangs opened up the game with goals from seniors Tyler Leslie and Jacob Henkle. 2-0 Mustangs.

The North Stars found the back of the net twice, with the score now being two apiece. Henkle beat the goaltender once again, breaking the tie. The North Stars, unfortunately, tied the game again. At the end of one, the score stands at three-all.

The North Stars scored three times to open the second frame and were now on a 4-0 run.

Senior Yehia El-Touny provided an instant answer with the score now 6-4 in favor of the North Stars.

The score would remain the same until the buzzer sounded, signaling the end of the second quarter.

After two North Star goals, Leslie, who recently committed to Augustana College, found the back of the net.

The 8-5 score would change left and right as St. Charles North added one, and then senior Evan Lopez scored one. About 30 seconds later, Henkle also netted a close shot to bring the Mustangs within two. The North Stars would notch another goal, and then Leslie took over.

“I mean, yeah, he is an all star,” head coach Sean McNicholas said. “That is why teams are starting to figure out how good he is, And that is why they are double teaming and triple-teaming him. But we still want to give him the ball because he draws objections and he draws a lot of attention.”

Leslie would score two of the final three goals of the period and continued that run with three in the fourth quarter to give the Mustangs the lead, 12-11, with less than three minutes to go.

St. Charles North tied the game late. The Mustangs had the ball on the offensive end, and a close shot from Jacob Henkle found the back of the net, but the goal did not count due to a late penalty call. The North Stars regained position, and regulation ended shortly after.

If a tie after four quarters, there are two three-minute overtime periods. St. Charles North scored early on in the period. There was a lot of back-and-forth play for the rest of the period. St. Charles North found a hole in the Mustang defense and scored as the clock hit zero. 14-12 in favor of the North Stars.

That final goal by St. Charles North was just enough, even though Henkle’s goal in the final sequence brought the Mustangs within one.

The Mustangs took a fantastic North Stars team to the brink, and they were showing off a competitive edge that suits them well for the rest of their conference play. They travel to Naperville North for their game next Tuesday.