Performers in ‘A Chorus Line’ gear up for upcoming performances 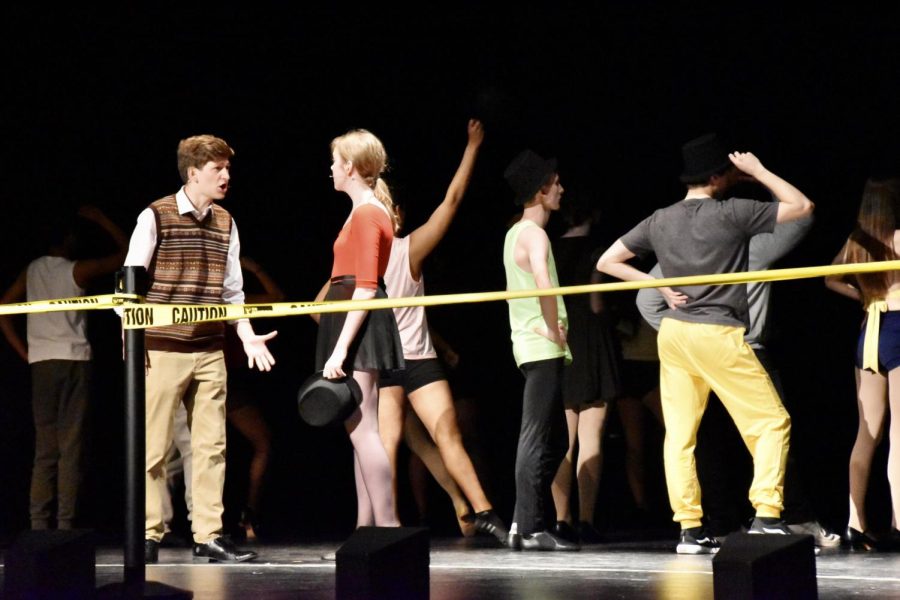 Students are hard at work performing and reciting lines for the musical coming up next week.

Metea Valley will be hosting its first live spring musical from April 21 to April 23 at 7 p.m. in the auditorium. The musical will be ‘A Chorus Line,’ and over 80 actors, tech crew, and musician students will come together to perform the show. However, coming back from a three-year absence brings some challenges for those involved, namely the stress of preparing and rehearsing for the actual show. To cope, different actors have different strategies.

“How do I manage stress? I really make sure to just take time for myself. I realized that I can not put effort into any other things until I make sure I am okay first,” senior Devon Paul Fisher said.

Senior Preetish Chakraborty, who will play the role of Al DeLuca in the musical, has a similar way of decompressing after stressful rehearsals and long days.

“I like to put some music on, or sometimes even a movie,” Chakraborty said. “Getting out of the house is the big thing, maybe seeing if my friends are free, that kind of thing.”

While the actors do concede that being involved with the musical is a hectic experience, many do not regret becoming a part of the team. Senior Roman Newhouse, the lead in the musical and a longtime musician, articulates this clearly.

“It has been really great working in the musical,” Newhouse said. “It has been a fun experience, challenging for sure, but fun. It is also my last show, which is pretty exciting.”

Newhouse’s work has also impacted his fellow actors, and when prompted on who they look up to most on the team, some mentioned him first.

“I look up to Roman because of all the work he has to do and how much effort and energy he puts in,” Fisher said. “I also look up to Sofia and Tara, especially since Tara just broke her leg.”

Despite all the adversity and stress the team has been under, they have consistently found a way to use teamwork to persevere and find joy in performing. Some actors, like senior McKinley Luster who has the role of an understudy for Richie Walters, encourage people to try something new and exciting like the musical.

“Honestly, just go out there and do something new,” Luster said. “Even if it is eating raw eggs. Actually, do not do that. The point is, try something you have not done before. You will not regret it.”

To buy tickets and learn more about the musical, visit www.meteatheater.org.