‘A Chorus Line’ got the role from its amazing performance 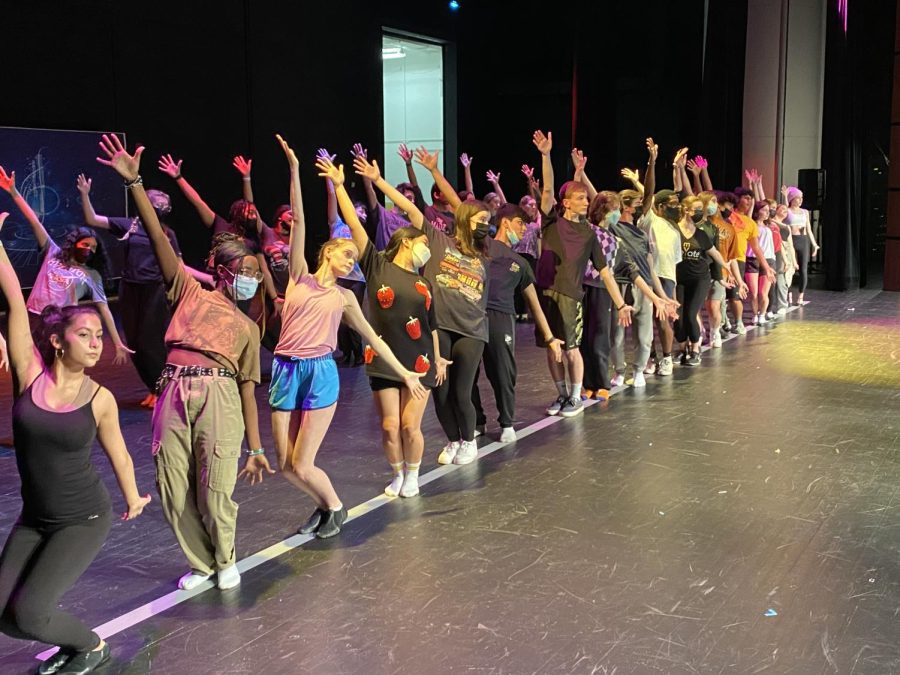 Beautiful dancing, choreography, lights, and live music fill up the auditorium. Following Metea Theater’s production of “CLUE: On Stage,” “A Chorus Line” took place in Metea’s auditorium on April 21-23 at 7p.m. This was a well-staged production filled with lots of energy from its talented cast, dancers, and pit orchestra. Not only did the show have energy, but it also had many emotional scenes that dug deep into who the characters are.

Paul San Marco, played by Peyton Owen, had an amazing performance, specifically during Paul’s scene. Peyton’s role as an actor stood out as he got emotional on stage. His injury during the dancing scene was also well-executed, so well that it felt real to the audience.

Another character that stood out from the beginning of the show was Zach, played by Roman Newhouse. While counting for the dancers in the opening scene, Newhouse took charge of the stage and brought the dancers together and on time with each other. His role was interactive as he remained in the audience for a part of his stage time.

This show was especially entertaining due to a large number of props: mirrors, hats, boxes, and backdrops. The props were used to change the scenes quickly, giving the audience continuous entertainment. There were scenes where characters were standing on stacked boxes, tap dancing, and even doing backflips! This production emphasized the amount of talent the Metea theater program has especially with their dancing and comedy.

The production was also diverse as the characters reached out about topics such as sexuality and ethnicity in an entertaining and informative way to the audience. Since each character came from a different background and when individual stories were shared, it allowed the audience to learn more about where the characters came from.

The closing scene was the most impressive as the backdrop had twinkling lights and a shiny gold color that matched perfectly with the props and costumes. The choreography and energy in the audience were awesome. Everyone was excited about the final production: the dancers appeared on stage one by one through the back of the stage.

“A Chorus Line” was worth a watch to see all of the theater students show off all of their hard work throughout the school year! To learn more about Metea’s theater program, visit meteatheater.org.