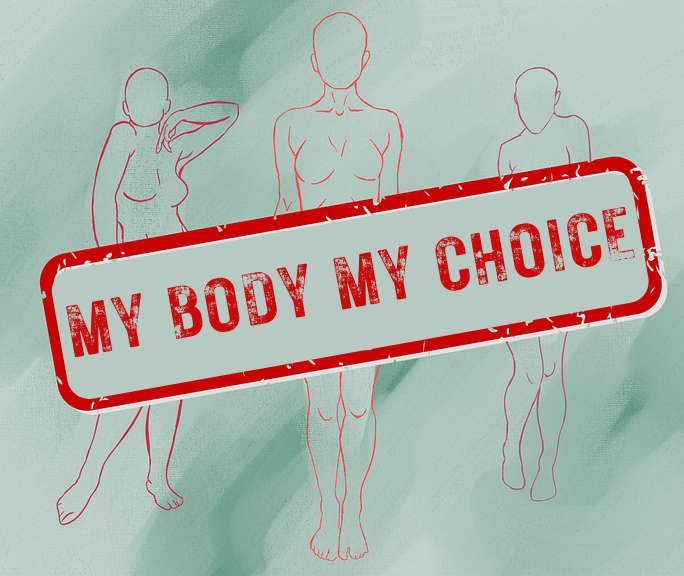 "My body, my choice" is a slogan used for fighting for abortion rights. We can not fully decide on whether or not abortion should be legal but, we can decide the accessibility to abortion.

One in four pregnant women chooses to end their pregnancy in abortion worldwide. It is a hard decision, but she has to make that choice. However, would it be as hard if women had as many resources as possible?

The Supreme Court leaked a draft in the Dobbs v. Jackson Women’s Health Organization case that eliminates the right to abortion established in the 1973 Roe v. Wade case. This draft includes opinions about abortion laws and how Roe v. Wade should be overturned.

“We hold that Roe and Casey must be overruled,” Justice Samuel Alito said, labeled as the “Opinion of the Court.” “It is time to heed the Constitution and return the issue of abortion to the people’s elected representatives.”

Roe v. Wade was a case of “Jane Roe” versus a Texas law that made it illegal to perform an abortion unless there was a considerable risk to this woman’s life. In the end, the court had sided with Roe and decided to allow her to safely and legally end her pregnancy on Jan. 22, 1973.

When the court leaked that draft, reactions across the country were as intense as there were polarizing topics. As much as politicians polarized abortion, there is more common ground than people say.

Throughout the long debate, people have polarized abortion into two groups: pro-choice and pro-life. However, have we ever stopped to think that maybe there is a common ground? Abortion can not be solved with one answer.

629,898 women needed help and they decided to abort their babies. Calling it “murder,” “unconstitutional,” and overturning Roe v. Wade is taking away and shaming a woman’s decision. Without laws like Roe v. Wade, women would be forced into something they did not deserve, no matter the situation.

While the people can not fully agree on the legality of it, we can still agree on the accessibility to resources such as contraceptives and sex education. If we believe in one side but have exceptions to it, then abortion should be legal. At the very least, we can make resources more accessible and that way, abortion can be less common.

Long-time supporter and provider of reproductive rights, Planned Parenthood (PP), continues to stand by Roe v. Wade. Because of the possible overturn, the company is currently hosting a donation to provide “quality health care, informed education, and reproductive rights advocacy for millions of people across the world.” Their goal is to raise $50,000 for reproductive resources.

Politicians are not even trying to educate people but rather trying to cut off abortion resources altogether. Resources like abortion clinics or the Chicago Abortion Fund which is a financial aid program for women help out.

We should forget about pregnancy crisis centers and create educational facilities for abortion. Facilities like PP offer safe ways for abortion and offer information on everything about pregnancy, so why not more about abortion? By doing that, more people could understand all aspects of abortion and be able to see the choice from a woman’s perspective. It should be the woman’s choice, not the government’s choice.

In response to the draft ruling, Interim President and CEO of Planned Parenthood of Greater New York Joy D. Calloway released a statement on the draft on May 3. “This is not simply a draft of a devastating and politically motivated Supreme Court opinion, it is a roadmap for dismantling our fundamental right to safe, legal abortion, a right codified nearly FIFTY YEARS AGO.”

Calloway reassures that, as of now, abortion is still legal and a woman’s constitutional right.

A popular factor that comes into consideration with abortional laws is whether it is deemed unconstitutional or constitutional. Politicians continue to attack Roe v. Wade with their viewpoints.

“This new reality for abortion access is scary,” PP shared in an article. “But [PP is] not backing down. We are doing everything we can to keep abortion safe, legal, and accessible for all people.”

The Supreme Court should not overturn Roe v. Wade. We should educate ourselves and allow other people to make their own constitutional decisions. I am not saying that we all have to like the idea of abortion, but rather that we should allow a woman to determine abortion for herself. It is not fair that politicians dictate what a woman can do with their own body.

“My body, my choice” was meant for those fighting for abortion rights. New York Times journalist Michelle Goldberg had written an article on this topic. When taking away a woman’s choice to abort their baby, it seems to be a problem. But when wearing masks, it is not a problem, and their body, is their choice? Especially when this movement was formulated for the fight for abortion, the law became contradictory.

“Those in the American right have become obsessed with bodily autonomy and have adopted the slogan ‘My body, my choice’ about Covid vaccines and mask mandates,” Goldberg said.

As a woman, it is extremely sad to see that the Supreme Court is considering overturning Roe v. Wade. If resources are cut off, there is a possibility that women are going to resort to unsafe abortion methods which is more problems.

One in 10 pregnancy-related deaths are due to unsafe abortions in developing countries.

If the court’s goal is to help the people, they should continue and offer more resources to educate women to make the right decision.