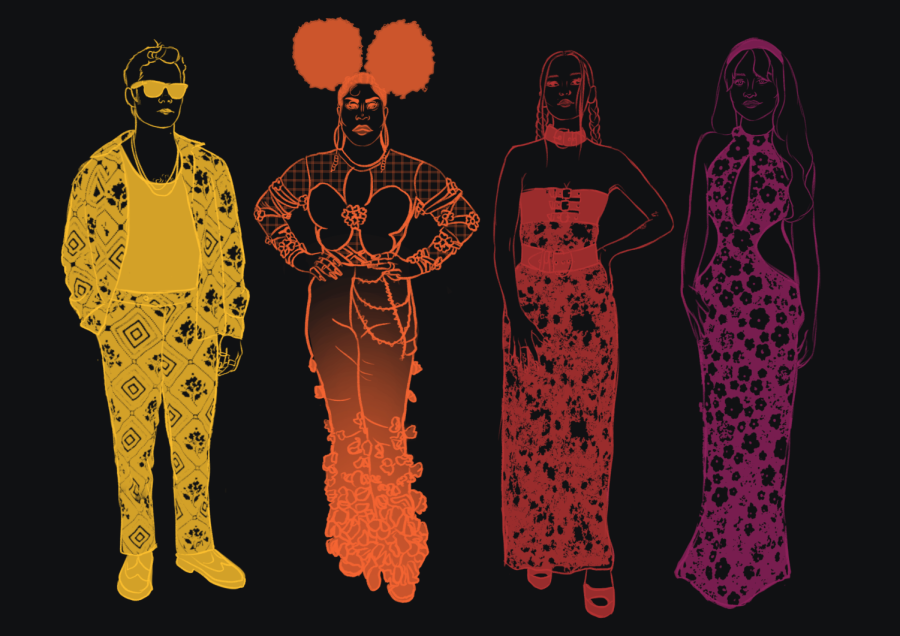 Although the VMAs are primarily for recognizing musical talent, fashion is always a stand-out factor of the entire show.

From amazing performances to awards, the MTV Video Music Awards (VMAs) did not disappoint this year. Popular artists from all genres of music came together to award one another for the talent they have shared over the past year. Some of the top artists with the most nominations this year were Doja Cat, Drake, Kendrick Lamar, Billie Eilish, Taylor Swift, and The Weeknd.

Besides music and fashion, drama seems to always appear on award show nights. If anyone wants to make a statement it is usually done on live television. Yung Gravy, one of the newest rappers in the music industry brought Sheri Nicole Easterling, Tik Toker Addison Rae’s mom. Gravy told the press on the red carpet that they were a perfect match because he is into older women, preferably moms.

Aside from the drama that took place on the red carpet, there has been a lot of amazing talent in the music industry. With the pandemic in the past this year we have seen the return of music festivals and tours across the world.

The Best New Artist award was given to Dove Cameron who started her career as an actress on Disney. She played both twins in the television series Liv & Maddie, as well as Mal in the Descendants movie series. Over the years, Cameron has moved away from her Disney Channel persona, dying her blonde hair a muted brown, along with coming out as queer earlier this year. Her song Boyfriend is what jump-started her path onto pop music and led to her winning this award. The song surpassed 10 million streams on Spotify alone after four days of releasing the song.

Harry Styles, a former One Direction member was unable to make it to the VMA’s due to his ongoing tour for his newest album, Harry’s House. The singer was awarded two Moonmen for Best Pop Video and Best Cinematography for his song and music video, As It Was. His third award for the night was for his album, Harry’s House.

The largest category of the night was Song of the Summer with sixteen total nominations. Jack Harlow was the winner of the category with his hit single, First Class. Jack Harlow also won three Moonmen for the song Industry Baby which was a collaboration with pop sensation Lil Nas X. The song alone won the award for Best Collaboration, Art Direction and Visual Effects for their music video.

Another memorable moment of the night was Taylor Swift announcing her new album, Midnights. This year’s VMAs was the first in history to have “four of the directors nominated in the video of the year category [be] women.” Swift is now the first artist to have won the Video of the Year award three times. During her acceptance speech, Swift announced the release date of her new album. “I had sort of made up my mind that if you were going to be this generous and give us this (Video of the Year), I thought it might be a fun moment to tell you that my brand-new album comes out October 21.”

Besides the awards themselves, the fashion was also iconic. Floral was one of the most noticeable trends, as Sabrina Carpenter and Dove Cameron walked the red carpet flaunting elegant floral dresses. Taylor Swift’s outfit was also stunning with an all rhinestone mini dress paired with her signature red lip. DJ Khaled dressed in a more casual look in a Prada suit with a pair of bright green Nike sneakers. Måneskin, winner of the Alternative Video Award, all showed up in matching black outfits.

This year’s VMAs show was everything fans were looking for in an award ceremony. It brought surprises, fashion, and the necessary disagreements that always arise when an artist wins an award and another does not. Once again, MTV was able to take every prominent person and event from the last 12 months, mix them together, and create one of the most entertaining television airings of the year so far.