Super Bowl 50 could be most historic yet 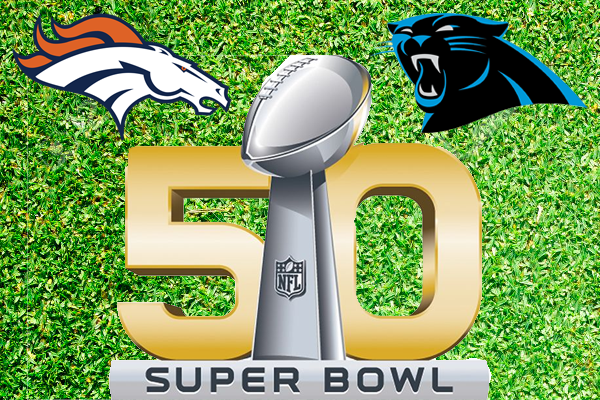 This game took 50 years in the making, 50 long years of memorable moments. From Bart Star being MVP in the Packers hard fought win in the very first Super Bowl, to the last minute, game winning interception from Malcom Butler in Super Bowl 49 to give the New England Patriots its fourth Super Bowl title. These are just some historic moments in NFL history, and to finally be at 50th year of this amazing championship game, is one of the biggest milestones for the NFL thus far. Super Bowl 50 will be an uncommon battle between the pounding Carolina Panthers and the crushing Denver Broncos. Both teams have been through hard injuries and road blocks, but both have gotten it done any way they can, leading them to the Super Bowl.

Along with this game being a huge milestone for these teams, how fitting is it that this is the first Super Bowl in history to feature two first overall picked quarterbacks: Peyton Manning, number one overall in 1998, and Cam Newton, number one overall in 2011. Looking at these quarterbacks, we see two ends of the spectrum. There is the leading quarterback in NFL history in almost every passing record in the NFL in Manning, and the young Newton who pounds defenses with his mobility and patience in the pocket, a young guy who is quickly writing his way into the record books.

When Manning broke Brett Favre’s passing touchdown record last year, everyone considered him to be the best quarterback to play the game, and now he might have his last ‘rodeo’ in Santa Clara. Despite only winning at his first of four Super Bowl appearances, what a fairytale ending to one of the best careers in football, if the Denver Broncos can pull out a touch win. Although this has been one of the worst years for Manning’s career, throwing only nine touchdown passes, 17 interceptions, compared to his 2013 season when Manning led the Broncos to Super Bowl 48, he only threw 10 interceptions. Even with this increased interception to touchdown ratio, Manning only played 10 games in the regular season due to injury and eventually being benched with backup quarterback Brock Osweiler taking place. However, Manning redeemed himself by stepping up when his Broncos needed him most in the playoffs. Now, Manning is suiting up, possibly for the last time, finishing his amazing career with a big bang and trying to bring the Lombardi trophy to Denver like John Elway did in 1998, when he retired a Super Bowl hero.

However, even with all the greatness Manning brings, it has been Newton that has stolen the show of the NFL all season long. Newton has shined as Carolina’s star quarterback this year, leading the Panthers to a near perfect season, with only one loss to the Atlanta Falcons, finishing the 2015 season 15-1. Newton was always a big threat on the ground with his powerful ability to run the ball, but this year, while we have still seen big runs from Newton, we have seen his transformation into an amazing pocket passer. In fact, Newton accounted for 45 of the Panthers 58 touchdowns scored this season, whether it was Newton running it in or throwing a bullet to top target Greg Olsen for a touchdown. The key to their success? All of the Panthers are having fun, the time of their lives. Their respect for one another and great locker room atmosphere, which Jared Allen, former outside linebacker for the Chicago Bears who was traded to the Panthers, praised for being the best locker room he has ever been in. Many players stepped up from a year ago, like new stand out corner Josh Norman, when the Panthers won the NFC South with a 7-8-1 record. The Panthers will be the team having the most fun in the big game on Sunday, but is that enough to beat the Denver Broncos?

Not forgetting to mention the defenses of both teams have been some of the best in the NFL, both finishing in the top six, along with the Seahawks, Texans, Jets, and Cardinals. This will be a heavily defensive game with guys like Thomas Davis, who is playing with a broken arm, and although that might not be the best player on the defense or the smartest move for the Panthers, showing no fear in a game like the Super Bowl will give the rest of the Panther defense a confidence boost and inspire them. While on the other side is the number one defense in the NFL, it seems we are seeing the new era of the orange crush defense, the nickname to 1970s and 80s Broncos’ defense, which was one of the most dominant defenses of its time. With players like Von Miller on the outside to do what he’s done best all year and trying to sack Newton any chance he gets. The Broncos’ defense will pose pressure with Miller and cornerback Aqib Talib shutting down the Panthers best receiver, Greg Olsen.

This will go down as one of the best Super Bowl games in NFL history, this will be the heavily defensive battle and hard fought win that we have seen from these two teams all during the regular season. Both teams with everything on their shoulders, every game, every play, every drop of sweat will be put on the line on Sunday. Will this be the glorious shabang to end Peyton Mannings career on a high note, or will this be superCam leading his team to its first ever Super Bowl win? Who are you hoping wins on Sunday? Let the game begin.