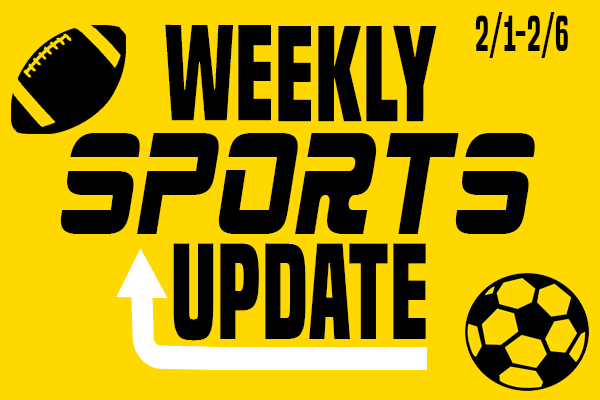 The Mustangs continued conference play this week, first against Naperville Central. Led by Malik Hall’s 23 points, the Mustangs took the victory 75-60. Later in the week, the Mustangs fell short against Wheaton North and Rowan McGowen, who finished the game with 34 in the overtime victory. The Mustangs look to recapture momentum against Waubonsie and Lake Park this upcoming week.
By Nirmal Mulaikal
Sports Editor
Wrestling

At the IHSA Regional meet, Dylan Ervin won a thrilling match in a third-time pair up against Max Ihry. Other sectional qualifier include David Veitch, Jake Toepfer, Bobby Papiernik, Uri Ariza, and Phillip Sims. The Mustangs are on a fast track to State, with their sectional meet this Friday and Saturday at Batavia High School.
By Ashley Walker
Social Media Editor
Boys’ Swimming

This past Saturday, all levels of the boys’ swimming team flourished at the DVC conference meet- freshman, JV, and varsity all finished in the top five overall on the day. Matt Reed took home the victory for JV in the 100 butterfly event, while many other top finishers followed close behind. Alex Dillman took 3rd place in both the 100 butterfly event and the 500 freestyle event for varsity, Sam Kastan took 3rd in the 50 freestyle for the freshmen, Michael Chan took 3rd place in the 100 backstroke for JV, while Robert Wang took 2nd in the 200 IM event for varsity. On the day, all of the medley teams finished top 6 while all of the relay teams also finished top 5.
By Lucas Rhamy
Sports Writer
Girls’ Bowling