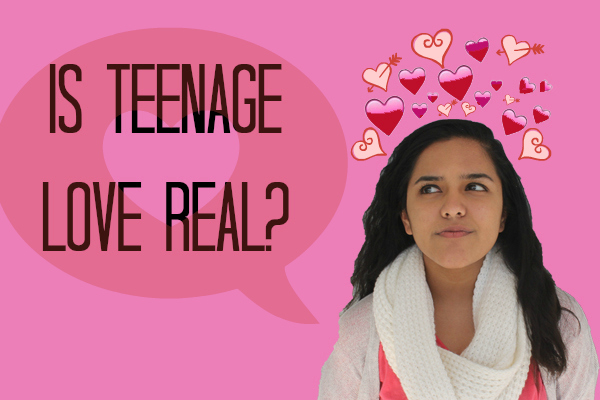 When I entered Metea Valley one Monday morning my freshman year, I was disgusted by the sight of a couple blocking my locker repeatedly saying “I love you” to each other. What did they know about love? Little did I know that I would question the validity of their statements for the rest of my high school career.

Teenage love is often written off as “puppy love”. But what really is the difference between adult love and adolescent love? According to Douglas LaBier, business psychologist and writer for Psychology Today, typical features of adolescent love include “infatuation and idealization of the new love, often followed by deflation and feelings of loss” and “intense longing and yearning – especially when the person is unattainable or elusive”.

But again, that’s coming from an adult. I suppose that it’s all subjective really. Yes, adults are more mature than teenagers, it’s just a fact. “Longitudinal neuroimaging studies demonstrate that the adolescent brain continues to mature well into the 20s”, student of John Hopkins School of Medicine, Sarah Hopkins said.

Does this necessarily mean that we don’t have the ability to love? I mean, people do end up with their high school sweethearts, right? “While most men and women find satisfying partners after first love breakups, there are adults who spend their married years aware that ‘something is missing’. They continue to think about their lost first loves”, professor emeritus of psychology at California State University Nancy Khalish said. There are people that are still hung up on their first loves during their teenage years. They would go back. Some may argue with the same infatuation, that we still don’t know what we want, but if there are still adults out there thinking about their first love, then how is it not real?

I contemplated all of this and more, but I decided to let our high school make my final decision.

So, I’ve decided that teenage love could be real. I agree, some teens could commonly mistake infatuation for love time and time again. It can be something that they can walk away from and never look back at because they realize they never really loved that person in the first place. It was the heat of the moment, something they knew wasn’t real. But to generalize all teens like that seems like a gigantic mistake. I believe that love can mature with the relationship. Something that may have been mistaken for love could grow into it.

There are some adults that are simply bad at love. The experience, the maturity and the wisdom all factor into who someone chooses to love and how fast or slow they fall into it, but it doesn’t determine whether they’re allowed to fall into the constitution of love.

Now I’m not saying your fourteen-year-old sister is in love with her boyfriend, because it’s highly unlikely. But, if they stay together long enough and their emotional and cognitive maturity grows at the same pace, they could be like those high school sweethearts. Or they could learn from those experiences and end up with another person they truly love and learn to compromise with. In the end, it comes down to the two teens in the relationship, whether they truly love each other or are just enamoured with each other is none of my business. But, if they play their cards right, I do believe the love they could be seeking exists.