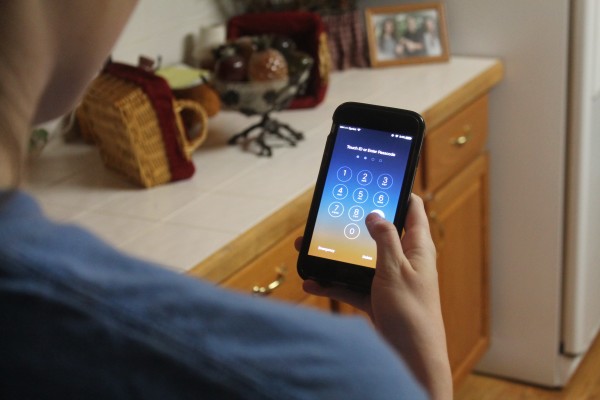 Massive amounts of attention have been given to the ongoing case between Apple and the FBI in recent weeks, as the government continues to demand custom backdoor access to an iPhone used by one of the terrorists who killed over a dozen people in San Bernardino. Since the ordeal began, the government has framed the situation as a simple one-time scenario that would not have an effect on American privacy and security. Specifics of the situation, however, indicate otherwise.

The FBI is asking Apple to create a feature that would bypass the iPhone’s feature that deletes all of the information on the phone after 10 failed password attempts. They claim to intend to use this “backdoor” technology solely in regards to this particular situation, but it’s clear that the FBI is trying to set a precedent.

Allowing the government this access, even to just one phone, would undo years of technological progress in online security. The Department of Justice is currently seeking court orders to have Apple extract data from a dozen phones around the country. Sources familiar with these cases have noted that the phones weren’t even used in acts of terrorism. The Los Angeles Times noted that Manhattan District Attorney Cyrus Vance Jr. said in an interview that he has 175 iPhones that he would like Apple to break if the government wins the San Bernardino case.

Evidence suggests that the FBI and the Department of Justice want, and have for a long time wanted, law enforcement agents to have the legal allowance and technological capability to access any phone suspected to contain value.

Apple noted in their motion to the district court order that, “This case is about the Department of Justice and the FBI seeking through the courts a dangerous power that Congress and the American people have withheld: the ability to force companies like Apple to undermine the basic security and privacy interests of hundreds of millions of individuals around the globe.”

No reasonable American would object to taking the right measures to combat terrorism, but the implications of what the government is demanding are quite frankly dangerous in nature. Despite what the FBI argues, this is not a case of one isolated iPhone. It is about Americans’ broader right to privacy. Time will tell the full extent of what will happen in this fascinating case of tremendous implications, but in the interest of American values, let’s hope that lawmakers support legislation that prohibits government backdoors that deliberately compromise security technologies designed to protect Americans’ privacy and security.