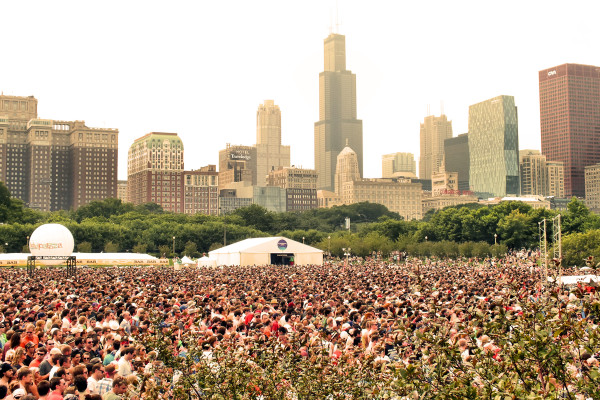 This summer, Lollapalooza is celebrating its 25th anniversary with a special gift to its fans: adding a fourth day to the festival. That means an extra day of music, filling up Camelbaks, and most importantly good times spent with friends. However, we’re only two weeks away from early bird ticket sales and the lineup release the following day. Of course, being the 25th anniversary of the best music festival in the midwest, we can expect Lollapalooza to put together an awesome lineup for its fans in Grant Park. Here are eight artists and groups I hope would be performing during the festival.

The Chicago native just released “Life of Pablo” and though it has received mixed reviews, West and his beige wardrobe and Yeezys would sure be a crowd pleaser. I haven’t listened to “Life of Pablo” yet, but hearing “Gold Digger” live could definitely help make Lollapalooza 2016 a weekend to remember.

The Weeknd headlined at the festival during 2015, but that was before “Beauty Behind the Madness” was released. The album, which some believed marked The Weeknd’s “selling out”, definitely pushed the artist to the mainstream.

Well, I guess this isn’t such an unlikely request, since there are multiple sources saying the group will return to the Chicago festival after a four year hiatus. The Chili Peppers headlined in Grant Park during 2006 and 2012 shows, and if the reports are correct, they are sure to be a fan favorite. They haven’t had any big hits recently, but oldies like “Dani California”, “Can’t Stop”, and anything from “Californication” are sure to be the goodies that Chili Pepper fans will be flocking to their stage for.

For those who don’t know, Jack Ü is a duo group comprised of EDM artists Diplo and Skrillex, both who have history in Grant Park. Jack Ü combined with Bieber for “Where Are Ü Now”, and Bieber’s “Purpose” has a few low key jams. Honestly, I’m not that “sorry” I put this on my list, but chances might be slim for this one, since Bieber will be touring until the end of July.

Future has been on the come up this past year, and he has produced a few songs like “Where Ya At” with the next artist I hope to appear, Drake.

If a fourth day is added, anything could happen, right? A$AP Rocky was the biggest rap name at last year’s festival and since Drake has never made his own appearance on the Lolla stage, I think this could be his year and fill the big rapper space. Even if they both aren’t officially going, if Drake shows up, I could predict a surprise appearance from his new friend Future.

Calvin Harris may be known for EDM, but his songs aren’t just for “ravers”. Numerous songs of his have been big pop hits that you can sing along to, and those are the artists many people want to see.

Like I have said, this is going to be a reunion and concert celebrating Lollapalooza’s success over the past 25 years. The Killers are also a Lolla native, and who wouldn’t want to hear “Coming out of my cage and I’ve been doing just fine” live?