Voting is not only a right for young voters, it’s a must 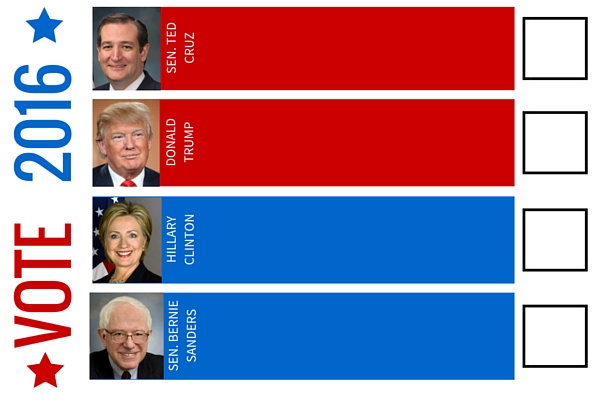 One month ago, I conducted a poll for Metea’s choice for favorite presidential candidate. Despite getting 258 responses, I came across many, many students who weren’t interested in taking the poll. I received responses like “I hate them all,” “I don’t know any of the candidates,” and even “What’s the point of voting?”. I also had many people who were interested in voting, but didn’t know when the primary was, or even what it was. According to an informal poll of seniors, 40 percent didn’t know where they had to go to vote, and a whopping 69 percent didn’t even know the date of the primary.

For those who don’t know, the presidential primaries will come to Illinois next Tuesday from 6 AM to 7 PM, and will allow voters to choose either their favorite Republican or Democratic candidate. But even though voting takes around ten minutes at worst for registered voters, so many people refuse to vote for “the better of two evils.”

Lots of students don’t feel like voting because they think their vote doesn’t matter. That isn’t the case in the primaries, as delegates are provided proportionally, so winning states by a wide margin gets a candidate more delegates than if they won by a small margin. For example, if a candidate gets 40 percent of the primary vote, they’ll get about 40 percent of the delegates, which are needed down the road for victory. Votes especially matter in primaries because so few registered voters actually vote in the primaries, making your vote much more influential than in the general election, where a state is winner-take-all.

When you do vote, you don’t have to worry about party affiliation like other states. Instead, in Illinois, you request a Democratic or Republican ballot at the booth to write on, so don’t worry about political identification, since you can choose there.

You might think you can’t vote because you’re not 18, but that’s not necessarily the case. If you’ll be 18 by Nov. 8, 2016, you can register and vote in this upcoming primary.

If you didn’t register to vote by the Feb. 16 deadline, you can still register at your primary location. Just bring two forms of ID, one containing your current address. For students, a driver’s license plus student ID will do the trick.

Links are provided below the article so you can find your voter location, voter status, and more.

Find your voting place if you aren’t registered yet: http://www.vote411.org/enter-your-address

Correction: The Republican primary isn’t completely proportional. 15 of the 67 delegates are guaranteed to the winner, but the rest are proportional. The Stampede regrets this error.