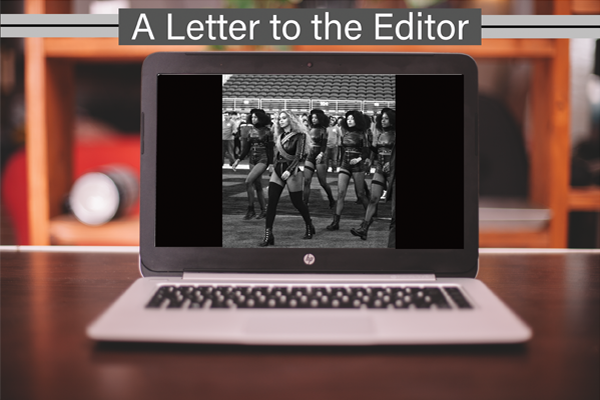 I’m writing this on the last day of Black History Month as I reflect on how I remembered the
achievements and culture of black people in my history this past month. Honestly, I’m extremely
disappointed, but then again I’m not surprised. In a society where the appreciation of black
people’s history and achievements is not only neglected and ignored, black pride is seen as
offensive and racist. Recently, Beyoncé performed at the Super Bowl with dancers resembling
the Black panthers and singing her newest song “Formation” featuring lyrics praising her roots
and flaunting her blackness.

In response to her performance and video, in which she laid on top of a sinking police car, many
condemned Beyoncé for elevating hatred towards police and emphasizing racist attitudes.
Some even coordinated protests in New York City to contest her promotion of black pride. As I
read about these responses I couldn’t help but wonder: What was so offensive about black
pride? Why did so many people have a problem with a BLACK woman having pride in being
BLACK? Thinking about this, I couldn’t help but tie it to Black History Month. Every
February I always hear “why isn’t there a white history month?” “Why isn’t there a ___ history
month?” And every time I feel as if everything that blacks make their own gets smudged out to
be more inclusive, like the movement #BlackLivesMatter. The hashtag and movement
was created to draw awareness to the injustice against Black lives in police brutality. However,
as soon as the movement started started to pick up #AllLivesMatter was started to counteract
the BLM movement.

Whatever your views are on BLM is up to you, but the movement is not to serve in saying that
black lives are more important than other lives. It is to draw awareness to the fact that not all
lives are being treated equally and black lives matter too. The same is applicable to the BET
Network, NAACP Image Awards, Black History Month, and Black Out Day. These outlets and
movements are not to hold up black people to be superior but to appreciate us as a community
in a society in which we do not feel appreciated.

Stacey Dash, a Fox News contributor, recently said that Black History Month only brought back
segregation attitudes. When I heard this I couldn’t help but laugh because in my eyes
segregation never left. That separate but equal mentality only evolved in our society. Look at the
hair section in your local store, why is there a need to have a super tiny “ethnic section” with
aisles of products tailored to Caucasian individuals. Yes, everyone has their hair products
(equal) but you still have “ethnic” and regular sections of the aisle.
At the end of the day, I’m not gonna change the minds on race with this letter. But I do want to
make it clear that black appreciation or any outlets in which oppressed and minority groups uplift
themselves is not anti-white.

We’re giving ourselves the opportunity of appreciation when society won’t do it on its own. So when Beyoncé sings ” I like my baby hair with baby hair and afros. I like my negro nose with Jackson Five nostrils”, t’s not a put down to people without
those features. It’s a cry to say I love who I am and I don’t need you to show me appreciation to
feel appreciated. As we go into the rest of March and towards the end of the school year, don’t let
black appreciation offend you. Black history is American history for sure, but when it’s not
appreciated, February is a time set aside to not only see where we as blacks have been, but
how far we have come and contributed to towards the history books. Even if you’re not black,
appreciate black history and culture because it’s important too. You may not always be a part
part of the conversation, but that doesn’t mean you shouldn’t care. I am black and I am proud.
Black history is my history.