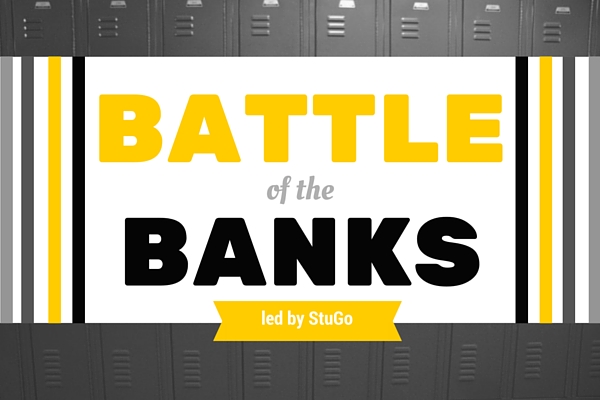 Within the next few weeks, students might begin to start seeing a little less trash and a lot more locker banks. The Principal Advisory Board has just released a new competition for students in a battle for locker bank access.

“The Battle of the Banks is a fun and effective way to promote proper etiquette in the locker banks,” senior board member Divij Ranjan said. “Dr. Echols and the board members wanted to expand the privileges to all grade levels, and this competition will reward students who treat the banks well.”

It works like this: every Tuesday and Thursday, each class’s locker banks would be examined by students and staff running the competition. Cleanliness will be determined by the weight of trash picked up in that bank, or general appearance of the bank. On Fridays, the winning grade will be announced, which means a full week of locker bank privileges to freshmen, sophomores, or juniors, and the opportunity to eat in the banks during access periods for the seniors.

“With time, this has the potential to improve the overall morality of the students,” junior Kate Danko said. “It’s important because it shows respect for the janitorial staff and it also just improves everyone’s attitudes.”

When Metea opened, locker bank access had originally been open to all grades, and that same privilege has been sought after ever since. With Battle of the Banks, students now have a chance to prove why they’re worthy of that privilege once again, as well as show their respect to the school environment.

“I think cleanliness is important because it shows that students care about their school,” Ranjan said. “It also sets examples for other schools and people that see the school, and they notice how professional the environment is. If students have the incentive of locker bank privileges for a week, they will be motivated to take initiative.”