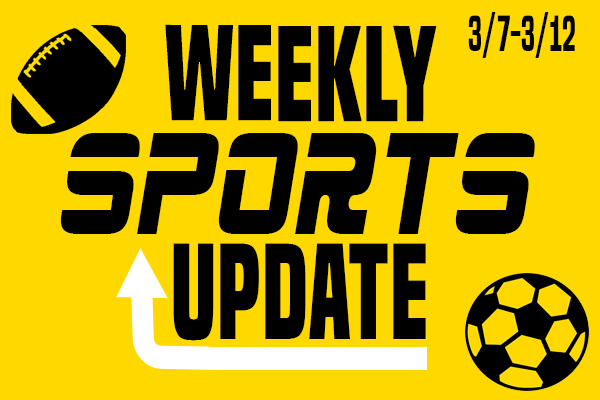 This week, the Mustangs competed against Oswego, Wheaton, and Waubonsie. The team placed second in the meet. Highlights include Leana Goldman’s victory in the two mile, Nicki Cast’s victory in the half mile, and Courtney Morgan’s first place in the shot put throw. This Thursday, the Mustangs will compete in the DVC girl’s indoor conference meet at North Central College. “The girls are in good physical shape; we just need to mentally prepare and get after it,” Coach Braun said.

The boys’ track and field season is officially in full swing as the boys competed in two very tough meets this past week. At the West Lafayette Purdue Invitational meet, four out of the 11 events finished first, including Alonzo Taylor Jones in the 55m hurdles, Jordan Cagigal in the 400m, Ben Piotrowski in the 800m, and Ralph Papa in the 3200m. Just two days later the boys competed in arguably one of the toughest relay meets in the state at the Downers Grove South Mustang Relays meet. Even with the stiff competition, the 4x800m relay team of Jordan Cagigal, Ben Piotrowski, Charlie Schafer, and Nick Stack finished with a time of 8:17.40, setting a new school record.