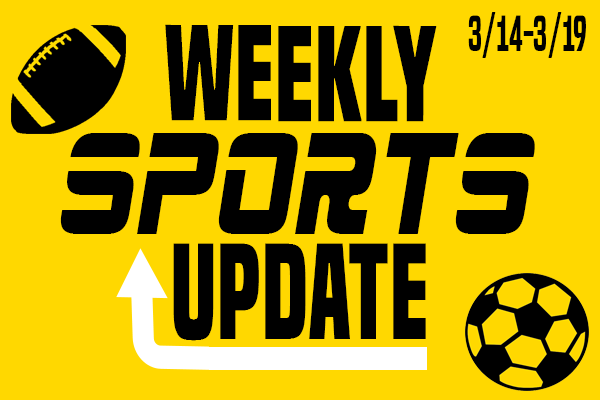 This week, Varsity Boys’ Water Polo had a four game tournament, where they played Bradley, Deerfield, Von Steuben, and Buffalo Grove. The Mustangs won 9-3 against Bradley, won 12-9 against Deerfield, lost 9-11 against Von Steuben, and won 12-8 against Buffalo Grove. Overall, Varsity went 3-1 in the tournament and took 3rd place overall. “I think that both [Varsity and JV] performed exceptionally well, all this weekend’s success is a strong indicator for how the rest of the season will look,” manager Dhruv Bhargava said.

Tribe Lacrosse started their season off with 9-4 win against Minooka. This was followed by a disappointing five point loss against Eagles Co-Op. “We’re looking pretty good so far and we seem to be figuring things out nicely on the field as well as off the field,” senior Megan Weist said. This Wednesday, Tribe will take on Huntley at 7:00, marking their second home game of the season.

Girls’ soccer lost its first match of the season to Hinsdale Central 0-1 on Tuesday, and struggled in a 0-3 loss to Plainfield North on Thursday. However, after a rocky start to the season, the team prevailed over its first DVC opponent Wheaton North 4-0 on Saturday. Two goals were made by junior forward Jade Eriksen-Russo, freshman Sophia Majher celebrated her first career goal, and sophomore Sophia Senese scored as well. “[Winning our first game] felf awesome. We are hungry for more goals and more wins,” Eriksen-Russo said.

The girls’ badminton team won its home opener vs. Glenbard West on Wednesday and won 15-0 over Oak Lawn Thursday. This past Saturday, the team triumphed with a 34-1 tournament record at the Joliet Central Birds of Steele Invite to win the team championship. “[Winning] was amazing because almost everyone went undefeated and I think that really shows how hard everyone worked in the off season and how strong our team is this year. And it was fun because we’ve won that tournament before, but we didn’t win it last year and it was nice to bring the plaque back,” senior Girija Vaidya said.