Questioning the fun of four days of Lolla 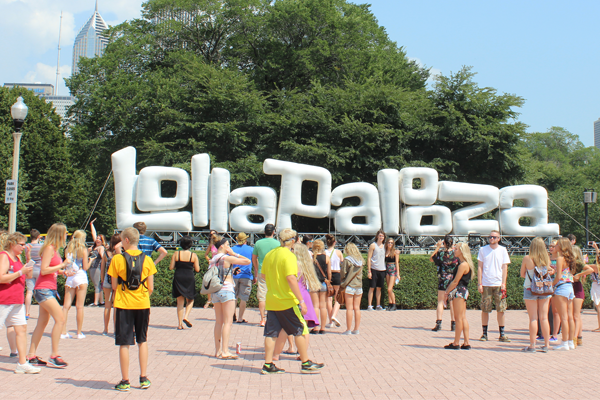 Have the nearest computer ready to refresh the page, because today is the day. Lollapalooza 2016 four-day passes go on sale (and sell out) at 10 a.m. sharp, central time. If you haven’t heard, this year Lolla will be  a little different. 2016 marks the music festival’s 25th anniversary, and to celebrate 25 years of music, the founder Perry Howell has decided to expand Lolla to four days. Initially, the festival was capped at three days near the end of July and beginning of August, but this year, Lolla will run from Thursday, July 28 to Sunday, July 31. This means more bands, more people, and more money. With the four day expansion, the festival is set to showcase over 170 musical acts and the four-day pass prices rose from $275 to $335.

Of  course with a $60 difference, conflicting thoughts have surfaced from Lolla’s fans, many more concerned with their bank accounts than attending the festival. Every year there are speculations refuting whether or not Lolla is actually worth the high price you pay, but honestly, it depends on how you take on the festival. If you have weekend long passes and see three or fewer acts per day, you definitely get less of your money’s worth than if you were to see five or more artists each day. But if a headliner you’re dying to see is performing and you want guaranteed barricade seats so you wait almost the entire day at their stage while neglecting other acts, maybe it’s worth it to you. The cost is by no means an advantage, but it may not be such a hindering disadvantage to some.

Most importantly, though, the lineup is what can make or break any music festival, so let’s hope this 25th anniversary lineup brings a few legends out from the woodwork. This year is rumored to have a few big names like Red Hot Chili Peppers, Radiohead, LCD Soundsystem, and Lana Del Rey, but many fans have predictions of their own including Kanye West, CHVRCHES, and M83. Good music is one of the main contributing factors to Lolla’s success, so I expect that Lollapalooza 2016, being the quarter century celebration, will have phenomenal acts.

And, believe it or not, wanting to be there also plays a role in whether or not festival attendees actually enjoy themselves. That’s why four days of Lolla could be overkill. Three days of sun up to sun down jamming to music and baking in the sun (or swimming in the rain and mud) in Grant Park is already exhausting. Tack on another day and it becomes a task that seems all too impossible. Some people opt for lodging nearby, but hotels can be expensive, especially when music festivals are in town. If you don’t live in Chicago near Grant Park, the only other viable option is to endure the pain. Your feet may hurt, you may have sunburn, and you may have run out of water with your only option for getting more being a mile long line, but, hey, you’re there. This could be a deal breaker for those who don’t party hard often, but for veteran festival-goers, this may not even cause a bump in their road to a good time.

Personally, I think the changes could be good. It has already attracted more bands who want to perform, and will attract a fun bunch of people as well. The pros and cons are different for everyone, but as a whole, four-day Lolla seems to be a nice way to celebrate its 25th year of running.  I’m looking forward to the chaos because even though my funds will be even lower than in previous years and I’ll be pretty tired the fourth day, the memories I make will be worth it.