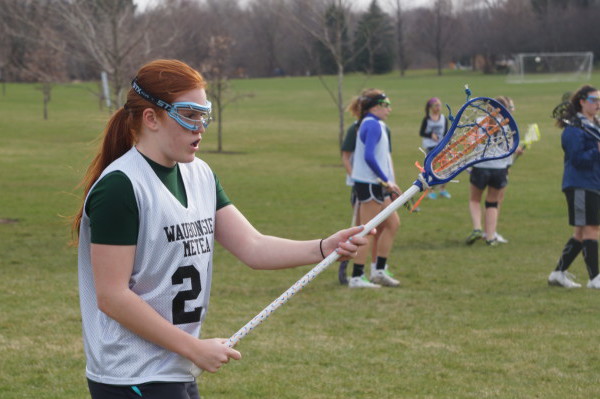 Every high school prides itself off of its athletic teams. Mustangs can’t get enough of their sports. BG Stampede shows this pride by advertising every school sanctioned sports game, but what about the club sports? Most Mustangs don’t even know what a club sport is.

“Varsity and JV Ultimate Frisbee went to state last year,” senior Ryan Adams said. “Varsity got fifth and JV got third and no one knew about it.”

Club sports are so underrepresented at Metea that there are strange rules that apply only to said teams. Rules like not being able to carry your equipment around school. I personally have been stopped and told I can’t carry my lacrosse stick around school because it can be used as a weapon. However, a baseball player can carry two bats around with them all day and not be questioned. On top of not being allowed to carry our equipment, we are prevented from having a place to put our equipment during the school day, like an athletic locker. The average women’s lacrosse stick is 53 inches, for those of you who don’t see why that matters, it’s too tall to fit in our regular lockers. However, it doesn’t really matter that we can’t have them at school because it is virtually impossible to get a school field space to practice. It’s a blessing when the other teams are gracious enough to share their field time so club sports can have games.

To be fair, the new athletic director, Mr. DeBruycker, and the athletic department have been very accommodating and excited to watch club sports grow this year. DeBruycker has assisted us in the best ways possible by finding space for games and practice both at and away from Metea. However, the rest of the school shows little interest or respect for club sports.

Men’s hockey works hours on end week after week for one of the longest seasons of all sports. The women’s lacrosse team practices six days a week besides game days. Club sports put just as much, if not more, work to continue growing their programs and making the team as successful as possible. They work tirelessly to represent the sport, their team, and their school in the best way possible. Not to mention the money it takes to be on a club sport at Metea. For the women’s lacrosse team, it costs $530 to participate.

Every sport at Metea deserves respect and acknowledgement, both club and school sanctioned.