Letter to the editor: Debunking the myth of gender pay gap 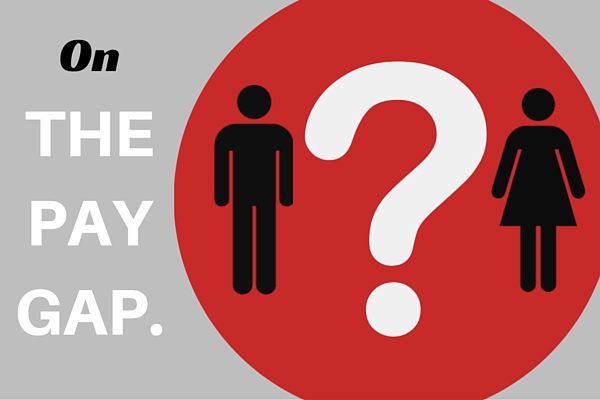 The gender pay gap is a myth and is not seriously brought up by either side of the aisle anymore, as upon objective inspection it clearly shows itself as a piece of leftist propaganda designed to create injustice that isn’t there, which by extension antagonizes anyone as immoral and backwards if they dare to disagree with it.

Let’s look at the most obvious reason it’s a myth: Capitalism.

If I’m a small business owner, and women are truly paid less than men for equal work, why in the world would I ever hire a man? There is no logical reason for it. My business–and every other business–would hire women–and ONLY women. Capitalism doesn’t see gender, it sees money. If Stacy works the same job as Joe over there, and I have to pay Joe $9/hour when I can pay Stacy $8.50/hour, why in the world would I hire Joe? Hiring Stacy makes much more sense. Heck, I’d probably stop hiring men altogether. It just makes fiscal sense.

Now, as for your anecdote, there can be several reasons why you were paid $.50 less than your Y-Chromosomed counterparts. Since we don’t know the business itself or the finances of the business or objective performance reports of any employee in the business, it is hard to say definitively that the reason for you being paid less is cold, hard, sexism. But perhaps it is sexism, in which case you should probably threaten a lawsuit, and make a bigger deal about it. It’s a competitive market, and no business likes lawsuits. Consider this also for a moment. No business likes lawsuits. So why would they really pay women less for equal work? I have a hard time believing it’s solely because you have two X Chromosomes. But hey, I’ve been wrong before, and like I said, maybe you ought to examine legal options.

Now let’s take a look at that famous statistic (women are paid $.70 to the dollar that a man makes). Basically, the statistic ignores job types and hours worked. Women on average work fewer hours than men, work safer, less risky jobs than men, and are less likely to ask for a raise (on average). Why is this? Motherhood.

Women take time off from work to child rear, whereas men generally do not have this opportunity. Men are generally looked upon as the “providers” of the family, so they tend to work more than women on average.  This makes sense, moms make sure the kids are healthy and doing their homework while dad takes the 9 p.m. train back after working extra hours so his daughter can go to a good school. This is generally considered the societal expectation placed on women and men. Riskier jobs means higher pay, but this doesn’t mean a women doing a risky job will be paid less. Men are just more likely to pick a riskier job, since their assigned role is to make money for the family. Now whether or not you agree with gender roles is up to you, but on a macro level those roles definitely exist, and this is the result.

The point of the matter is this: No one in their right mind actually believes that women should be paid less for equal work. You said it yourself, and you said it well: there is no reason for a woman to be paid less than a man. That concept doesn’t make any sense to anyone with a brain. If you meet someone who actually believes that, I strongly recommend buying them a 2016 calendar to inform them that they no longer live in the 17th century. The reason this concept is toted is for “feminists” to create a social narrative on the basis of victimization, automatically antagonizing whomever decides to stand in their way. “If you don’t support our view”, they argue, “then you hate women”.

Consider this piece I’m writing. No doubt I’ll get an enormous amount of hate for this. Why? Because according to the logic of the “feminist” movement now, I’m somehow a chauvinist bigot hater who probably is phobic of everything under the sun. I’ve gone against their social narrative.

The Feminist movement (without quotations) has so much potential to be one of the greatest forces for positive change in our modern socio political landscape, but unfortunately it is being led largely by selfish individuals wishing to place themselves on a pedestal. The movement wastes time on social narratives that victimize them. The Feminist movement should be focused on the insidious human trafficking around the world, the exploitative porn industry, and the lack of education received by girls in third world countries. Those are real and pressing problems that NEED to be solved if we seriously want to bring about a truly egalitarian civilization.

Your sisters, my sisters, OUR sisters, are being abused, exploited, and degraded at home and overseas. Maybe we should all be doing something about that.