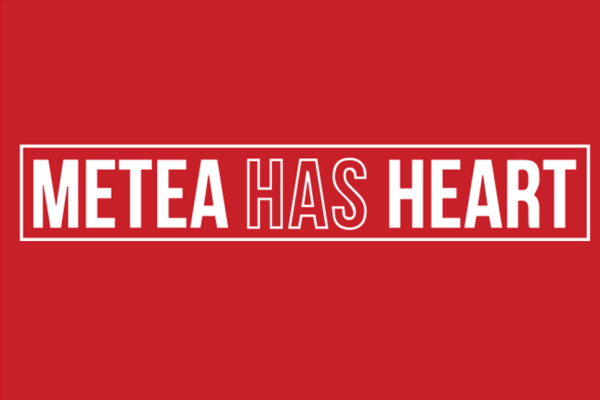 After hearing the stories of English teacher Casey Solgo’s son, Carter Solgos, and math teacher Jennifer Mayerik’s son, Eddie Mayerik, two staff members decided to come together to create a fundraiser to raise money for both the families. Teachers Josh Robinson and Ann Cluxton united to start “Metea Has Heart.”

“I’ve worked with Mr. Solgos for several years, and I know his history with Carter and what the family has gone through. On our school improvement day, Mr. Solgos and I had an hour long conversation about what was coming up for Carter and he’s about to have a very serious surgery that very few surgeons in the world perform, so they are going to be flying to Boston,” Cluxton said. “Just knowing that that was going to be such an enormous expense, I just started to think about him. Also, knowing Ms. Mayerik as well and knowing what she’s gone through with Eddie and being a fellow mom and colleague, it really weighed heavily on me, and o my drive to work the idea of Metea has Heart popped into my head and it went from there,” she added.

Both Carter and Eddie have life-threatening congenital heart disorders (CHD). They have undergone a number of different surgeries, procedures, and tests. One out of every 110 babies are born with a CHD and of these children, about 25% will need more than 1 surgery during their first year of life.

Carter Solgos (Noonan Syndrome) will undergo his eleventh major cardiac procedure in May, and Eddie Mayerik (Major Aorto-Pulmonary Collateral Arteries) recently had two open heart surgeries in February and is expected to have another within the next two to four months.

“This current gesture, the Metea Has Heart campaign, may be the biggest one yet. It is a source of spiritual and emotional encouragement to have such a tangible gesture of love, support, and care from this learning community. It also provides some peace of mind knowing that we will have additional resources to offset some of the substantially higher travel costs for this procedure. This is the first time we have to travel out of state for a surgery, and we have to visit Boston Children’s Hospital twice – once in April and then again in May for the actual surgery,” Casey Solgos said.

In order to raise money and awareness for both of these mini Mustangs, the Cluxton and Robinson duo have ordered 500 shirts to be sold to Metea students and staff. The shirts will be sold for $10 in the commons during lunch periods on April 7 and 8. 100 percent of the proceed will be divided in half and donated to both the Mayerik and Solgos families.

“After talking to Mrs. Cluxton a little bit about what was going on, I think the one thing that we do well in this building is watch out for each other. We are like one big family, between the kids and definitely with the staff. We do a lot in this building as far as trying to give back, and a lot of it is larger, global, or community based things but this is as local as it gets helping out our own staff. There’s not a better thing to do than help out the people around us,” Robinson said.

They hope to sell all 500 shirts and place a second order to maximize the amount of money donated to each family.

“Any type of fundraiser is so appreciated and truly impacts our family.  During any type of hospital stay we encounter medical bills as well as other incidental expenses.  When our son, Eddie stays in the hospital longer, the bills get bigger. These fundraisers have helped us to continue to pay portions of the medical bills that we have received and still be able to pay other home bills on time,” Mayerik said. 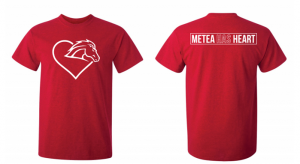