2016 Election proves to be disappointing 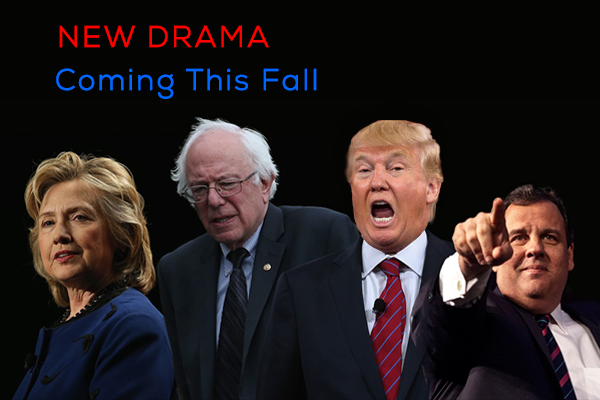 For my entire life, I have looked forward to 2016. It’s the year I turn 18, the year I will graduate high school and begin the next chapter of my life at college, and the year that will hold an exciting summer of Olympics. Additionally, it’s the first time I will be able to cast my vote for president. All of these things used to excite me, however I could not be less interested in voting in this year’s election in November.

This year’s presidential race has transformed nominating the leader of our country into a joke. Instead of each candidate arguing why they would be best fit to run our country, they’re spending debate time insulting, shaming, and name calling other candidates. The debates seem more like an episode of “Keeping up with the Kardashians” or any other reality TV show with a lack of intelligence and mutual respect. They’re spending more time insulting each other’s appearance and spouses than they are talking about the issues.

Why are we voting for candidates who want to close our borders and prevent immigrants who deserve their shot at the “dream” that people are still convinced our country provides? Sure, I believe our nation’s security is a top priority and we should not allow individuals who could be a threat, but Donald Trump, not allowing anyone from a certain country onto American soil is ignoring everything our forefathers stood for.

Why are we voting for candidates who think socialism could solve America’s ever-growing economic crisis? I know Bernie’s vision for free college sound great, I would love free education, but nothing in this world is “free”. Sure, Bernie, take all of my parents hard earned money and give it to the people who are too lazy to work for themselves.

Why are we voting for candidates who have lied and changed their views just to gain more votes? Hillary, you’ve spent years changing your opinions and lied your way to gaining extra voters.

Out of all of the candidates, John Kasich seems to be the only one left who could represent the Republican Party and satisfy both sides of the political spectrum. He hasn’t spent the election bashing other candidates, and that’s why he lacks the delegates he’ll need to win the Republican nomination. I’m disappointed in my fellow Americans. I think this election has turned into a source of entertainment for many individuals, rather than a way for individuals to choose who they think could allow our country to prosper from The White House. Kasich has been a low-profile, reserved candidate, but that’s exactly the problem in his campaign. He hasn’t sold out to the masses like other candidates or done something to plaster himself through the media. However, that’s just what we need for our president. Not someone who cares about instilling fear in Americans or preaching inconsistent lies, we need someone honest.

With the direction this election is headed, I wouldn’t be surprised if people voted for Kanye West to be president in 2020.