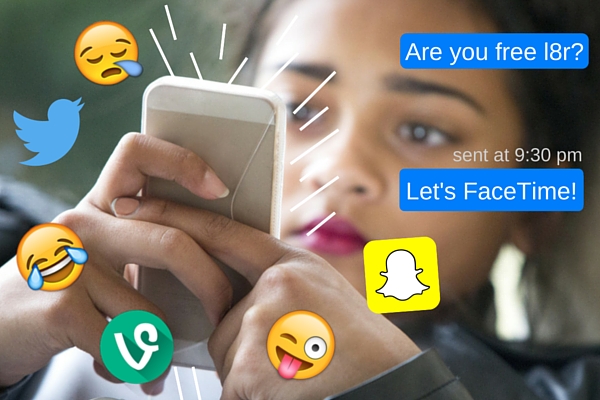 Technology has made its way into every little detail of our lives. It has overtaken communication with others, it has made it easier to complete simple tasks, and it has given people the ability to have the knowledge in the world right at our fingertips. It has even changed the way relationships form and develop, especially for teenage couples.

So many different types of technology have changed the dating game completely, from the beginning to the end of a relationship.

As Yo Gotti says it, “ it goes down in the DM’s” which is very much true. “Sliding” into someone’s direct messages has become the new flirting approach when trying to woo someone new. Somehow it has gotten to a point where typing a message over social media is the way to let someone know that you like them or that you’d like to get to know them better. Social media has also played such a huge role in this evolution of technological dating. Liking or commenting on a photo of your new crush is the new form of a compliment. Most people take that compliment quite fondly. This is only the beginning.

The communication between two teens is mostly texting or Snapchatting, and some couples can be ‘dating’ by just doing these things instead of actually hanging out together. The connection that usually forms in person by talking and laughing, now happens when kissy face emojis and heart face Snapchat filters are sent. Of course more is going on through technology than just the emojis, like the two people are obviously still trying to get to know each other and enjoying the conversation, but it’s still a very different approach than it used to be.

Not only does technology give people who meet in high school an opportunity to get to know each other in a less pressured environment, but it gives people who have never even met an opportunity to talk to each other. Someone from California could have a connection with someone in Maine and this relationship could have all come about online. Every single aspect of the relationship can be technological in our society today, and sometimes this is exactly the case.

Even when the couple is together and actually gets the opportunity to go out and hang out, they still have their cell phones attached to them. This is so they can keep up with their latest texts and make sure that everyone on their snapchat stories know that they are with their significant other. A good amount of youngsters on dates can be seen on their phones rather than looking at each other, because in our day and age, talking behind a phone is so much easier than trying to have a face to face conversation.

Technology has completely changed the face of high school relationships. Statuses of dating have gone from ‘going steady’ to having those two little pink hearts and an one hundred day streak on snapchat. We need to get back to the times when you had to personally approach someone to ask them on a date rather than DM them asking if they want to ‘chill some time’. Because so far, we are taking large steps in the wrong direction and if we keep up with it, we will find ourselves on a steep slippery slope.