Stranger Things lives up to its critical acclaim 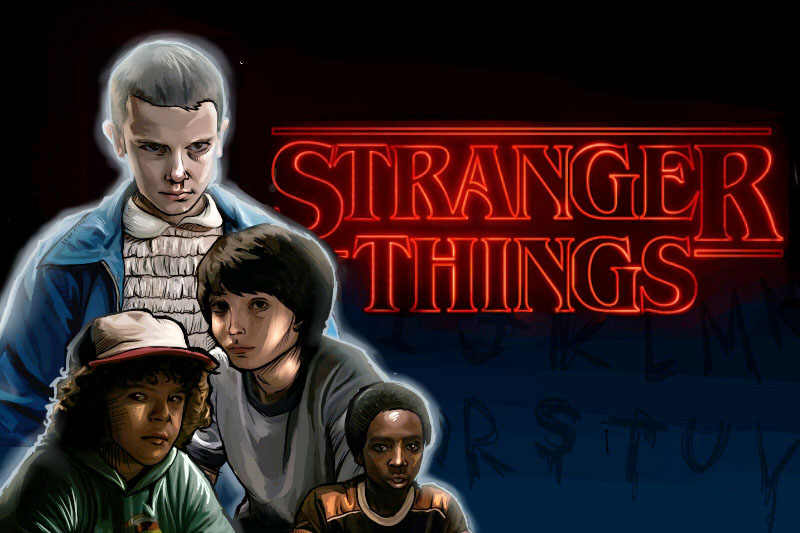 This past summer, Netflix came out with the new suspenseful drama series, Stranger Things, which captured the attention of many. The show incorporates many different aspects that make it enjoyable for pretty much anyone.

The show is inspired from various creators such as Stephen King, George Lucas, Steven Spielberg, and many more. Personally, I love the movies that they’ve come up with, so immediately, I was hooked.

The show is placed in Hawkins, a small town in Indiana in the 1980’s. A young boy named Will Byers goes missing, and the town sets out to find him. His three friends Mike, Dustin, and Lucas, try to help find him, but instead find a young girl named Eleven. While in search of Will, the boys realize that Eleven isn’t just a normal kid like them; she has telekinetic powers which later on gets explained. Although skeptical of Eleven at first, the boys see that she might be able to find their friend.

In the show, you also meet Joyce and Jonathan Byers, the mother and older brother of Will. You can see how desperate and concerned they are for their loved one, but Joyce is extremely distraught over the situation and even becomes partially mad.

The mystery of a missing child is captivating enough, so when Stranger Things came out on Netflix, I was eager to watch it. Not knowing too much about the show, I decided to watch an episode or two, and quickly realized I needed to finish the show that day. The show had so much suspense that it was hard to stop watching it.

The main characters were Mike Wheeler (played by Finn Wolfhard), Eleven played by (Millie Bobby Brown), and Joyce Byers (played by Winona Ryder). Off the bat you could tell the whole cast had great chemistry, the story seemed very realistic and their lines didn’t seem forced. Other notable characters include Nancy Wheeler (Natalia Dyer), Jonathan Byers (Charlie Heaton), Dustin Henderson (Gaten Matarazzo), Steve Harrington (Joe Keery), and Chief Jim Hopper (David Harbour), who all played essential roles throughout the series. Again, all the actors seemed to really fit their roles and did a great job acting together, which made it an even better series.

The Duffer brothers (the creators of the show) announced that there will be a second season of Stranger Things coming out in 2017. According to an interview by Entertainment Weekly, Ross Duffer said they plan on keeping the new season in the 80’s. “I think we talked [about] a larger time jump where the kids are older now and it’s a different decade. That’s something we batted around from the very beginning. But for us, there’s still more story here [in the 80s]; there’s still things that are unresolved.”
Overall, I would give Stranger Things 4.5 out of 5 stars, because the show kept me on the edge of my seat the entire time. The episodes were about 45 minutes long, which took up quite some time, but was ultimately worth the watch.