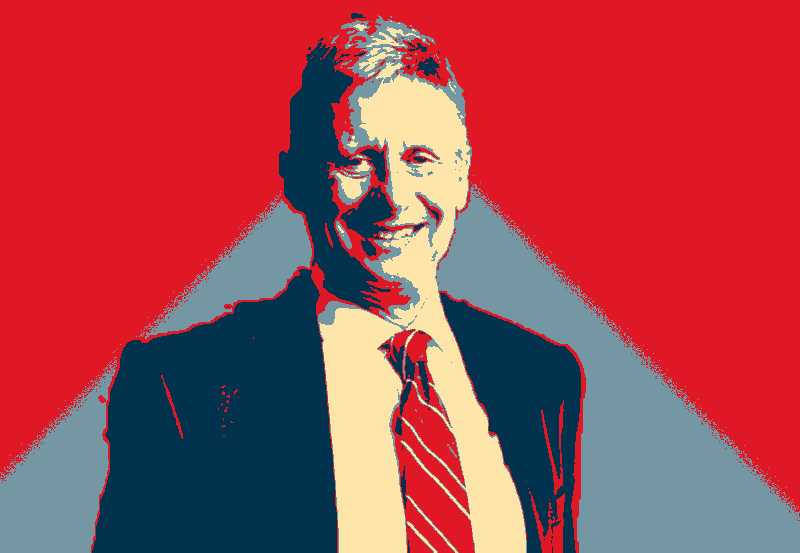 This election has been shown to be the fuming source of anger from many Americans this year. The two party system reared its ugly head so violently this election, that it nearly broke its own neck. With the nation forced to choose between two of the most hated candidates of all time, the voters feel stuck. The system has disenfranchised them, and has made the common voter feel powerless. Well, that would have been the case, if it wasn’t for one man.

Gary Johnson has given the people new hope in their democracy. He stands outside of the two-party system, and has gained some support recently. Not enough support to go toe to toe with Clinton or Trump, but definitely enough to be noticed. The voting masses have become freed thanks to his rising, and can finally vote for a candidate they fully support.

But are they actually freed? Many of the newfound voters for Johnson have emerged from the disenfranchised Bernie Sanders supporters and the disenfranchised conservative “Never Trump” movement. Both don’t want Clinton or Trump in office, so they go scrambling to Johnson as an alternative. They are applying the same logic that they would of if they decided to vote for Clinton over Trump or Trump over Clinton because they don’t want the other in office, but are instead using Johnson against both candidates. And while both camps have plenty of reasons to like Johnson’s policies and stances, the voters aren’t fixing the system by voting for Johnson, they’re just extending it by one more party.

Sanders supporters have gravitated to Johnson for a variety of reasons. First, he is a non-interventionist. Johnson does not want the United States military to go and start change regime change as we did in Iraq and Afghanistan. Since Sanders was a non-interventionist too, and since Johnson is one of the only non-interventionists on the ballot, this is a plus for Sanders supporters. It all falls apart, however, with the very revealing “Aleppo Moment” on CNN, in which he didn’t know what the city of Aleppo was. For those who don’t know, it is the main battleground for the Syrian Civil War, and the major hotspot for departing refugees.

That gaffe makes Johnson’s whole stance fall apart. With his obvious lack of foreign policy knowledge, his stance ends up becoming irrelevant when compared to other candidates. This leaves Sanders supporters with a candidate which while supporting one issue of Bernie Sanders, also ends up disagreeing on his two of Sanders’s main stances: free healthcare and taxing the rich. Johnson is a proponent of the free market, and he wants health care to stay in that free market, as he thinks it will improve the quality. When it comes to taxes, Johnson wants to implement a FairTax that is not based on income. Johnson also supports the TPP, a free trade partnership that the US is a part of with various countries, which Sanders is strongly against. These antithetical stances turn the vote of Sanders supporters into not one of principle, but one of spite.

Conservative “Never Trump” supporters have slightly more to agree on than disenfranchised Sanders supporters. Johnson is very much pro-gun, which is a plus for those conservatives. He also wants to cut taxes for corporations, which is another net positive for anti-Trump conservatives. But then things start to fall apart.

Johnson also is a firm believer in “equal pay for equal work,” which goes against some of the more free market toting conservatives. He also wants to end the war on drugs, which of course as the drug war was created by conservative hero Ronald Reagan, most conservatives would want to keep it in place. There is also the fact that Johnson is very socially liberal. He is pro-choice, pro-refugee, and was always very pro-LGBT rights. This obviously is not a problem with the average conservative, but this would give any radical conservative an aneurysm. Adding all of these once again antithetical stances together, the “Never Trump” vote becomes the exact same thing as the Sanders supporters vote.

I could go on and on about the contradictions between Johnson’s newfound supporters stances and and his own stances, But the fact remains the same. The non-Libertarians are voting for Johnson not out of principle, but out of spite. Now I’m not telling you not to vote for Johnson or any of the other candidates. If you want to support a candidate, whether it be Clinton, Trump, or Johnson, go for it. Just remember that if your vote goes to Johnson, make sure it is a vote out of principle. If not, then you’re not voting for the lesser of two evils. You’re voting for the lesser of three.