The best Halloween movies worth watching this October 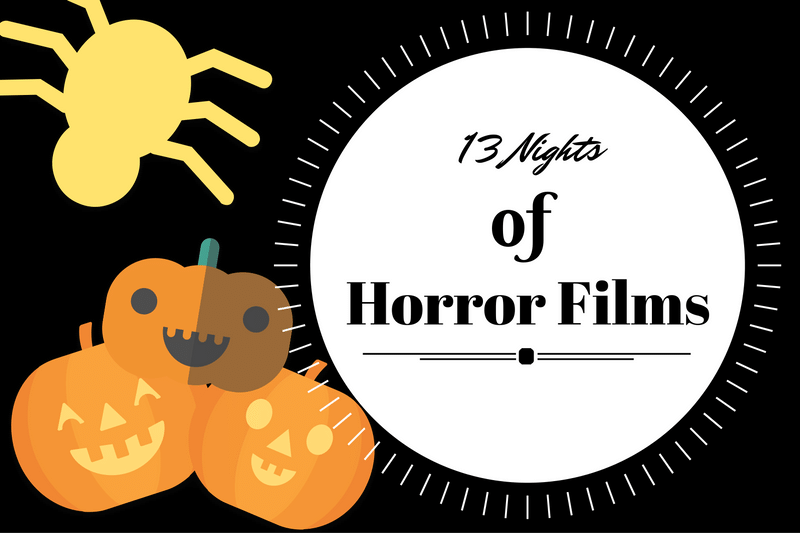 Halloween is just around the corner, and since many students don’t trick or treat anymore, a fun way to spend Halloween is by having a scary movie marathon. Personally, I love Halloween, and I especially love scary movies, so I created a list of thirteen perfect scary movies to enjoy this Halloween season. Find some candy, sit back, and prepare for a scare or two!

“Paranormal Activity” is a movie for anyone who enjoys anything paranormal. The movie follows couple Micah and Katie as they move into their house in the suburbs of California. They set up cameras around their house because they feel there’s a paranormal presence in their house. The movie has two prequels that add more color to the overall picture and really helps understand the original movie. On it’s own, the first Paranormal Activity isn’t the best. I think it’s a failed attempt of a “Blair Witch Project” type movie. Although I’m not a huge fan of the movie, it can be a bit scary to some viewers, so beware if you’re scared easily.

“Scream” is about a psychopathic killer in the town of Woodsboro. People in the town are being killed by a mysterious murderer with a ghost face mask. The teens at Woodsboro High School are the most impacted with their friends and classmates being picked off one by one. This is a typical slasher movie—there’s not much else to it. It’s not too scary so most, if not everyone, could watch it.

“Orphan” takes place in present day after a mother loses her child during birth. Devastated and torn for a long while, the mother and her husband decide to go to the local orphanage and adopt. They meet a sweet young girl named Esther from Russia and ultimately adopt her. They bring Esther home to meet their two other children. Things are alright for a while until the mother notices that Esther isn’t as sweet as they thought. Overall, it’s a pretty good movie, and has a great plot twist at the end.

“The Sixth Sense” tells the story of a child psychologist working with a young boy who claims he sees dead people. At first Dr. Malcolm Crowe is a bit skeptical of the boy but ends up understanding him and even seeing him as a close friend. The end of the movie has an amazing twist, and if you’re lucky, you haven’t had someone spoil the ending for you.

If you’ve never seen Alfred Hitchcock’s “Psycho,” then you’re definitely missing out. A young secretary is on the run after stealing forty thousand dollars from work. She decides she needs to rest and finds a quaint motel called Bates Motel. While there she meets an odd man named Norman who has a very disturbing relationship with his mother. This Hitchcock classic will keep your stomach in knots the whole time.

In real life nightmares can’t hurt you, but Wes Craven proves in “Nightmare on Elm Street” that this is not always the case. Teens are being haunted by Freddy Krueger in their dreams and all who see him in those dreams mysteriously die. Nancy and her boyfriend Glen start seeing Freddy but are determined to find a way to end the awful visions and not die. The movie contains some pretty graphic and gruesome deaths, but they are a bit tacky because it came out in the 80’s. If you don’t care for blood at all this may not be the movie for you.

Buying a new car doesn’t sound all too scary but when Arnie buys a 1958 Plymouth Fury something sinister takes over him. The car ultimately changes Arnie as a person and his friends and family notice. He starts becoming obsessed with this car and will do anything and everything to protect it. The movie is based off of the Stephen King novel “Christine” and it does a great way of representing his writing. It is an older movie so it may be rated R but is not extremely terrifying.

A pair of siblings is on their way home from college when they end up becoming the prey of an unknown creature. No matter where they go they can never get rid of this terrifying beast. They find out that if they hear the song “Jeepers Creeper,” they are done for. The movie contains this disturbing monster that kills which adds to its scare factor. It also builds up a lot of suspense by having the characters pretty much racing for their lives. It is pretty gruesome here and there so if you’re sensitive to some gore, this may not be the movie for you.

An elevator ride with four other strangers seems innocent enough right? Wrong. When five people get in an elevator together that gets stuck tensions rise and each of their pasts is revealed. While in the elevator terrible accidents happen that seem impossible to explain. All M. Night Shyamalan movies have to have some sort of twist at the end, and this one has a great one that really plays with your mind.

A writer brings his wife and young son take care of an empty hotel in Colorado during its winter season in hopes of getting some peace and quiet while finishing his novel. While there, the family is in almost complete isolation which leads the writer to madness. Although the move is placed in the winter, it contains the type of horror perfect for a Halloween movie.

“Friday the 13th” is yet another classic Halloween slasher movie you can’t go wrong with. While swimming at camp, young Jason Voorhees drowns and dies. He comes back to life and seeks revenge against the counselors at his old camp. Similar to “Halloween,” it’s a perfect movie for the occasion. Also like “Halloween,” “Friday the 13th” does include numerous murders, so beware.

Given that it is a personal favorite of mine, I had to talk about “The Blair Witch Project.” Three film students seek out a great film story about the infamous Blair Witch from a small town murder in Maryland. They interview the locals and learn more about the town’s legend.  They camp out in the woods to experience this myth for themselves. I love the film because it so realistic, the characters all have the same names as their real ones and the film is considered “found footage” which leads many to think it’s a true story.

Of course on a Halloween movie list I had to include the 1978 classic “Halloween.” For those who don’t know, “Halloween” is about the killer Michael Myers who at six years old killed his seventeen year old sister. Michael is on the loose and spreads terror throughout his hometown of Haddonfield, Illinois by killing the local teens. I think you can never go wrong with this classic, as it has all the basic horror aspects that you could ever want. This does have some killing in it so if you’re not a huge fan of death, I wouldn’t watch it.