Warriors Hockey Club continues to excel on the ice 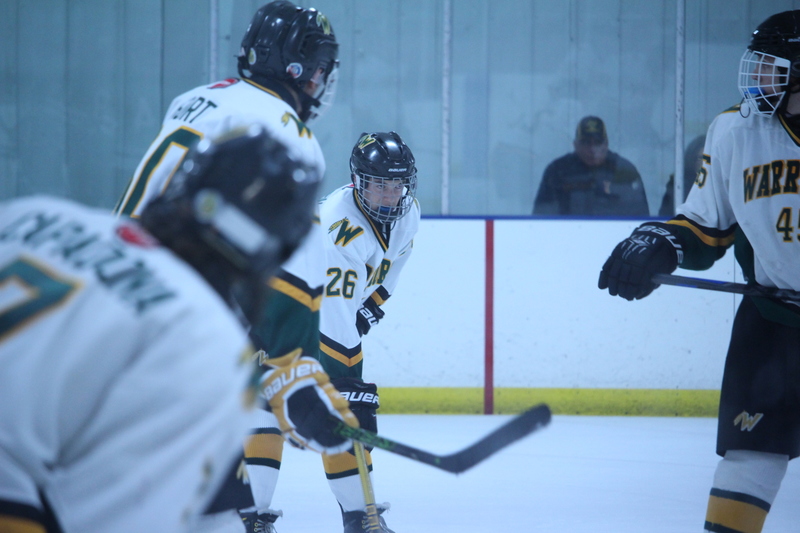 The Warriors Hockey Club, comprised of Metea, Waubonsie, Oswego East and Oswego High School, attended the Stevenson tournament last weekend, while their Junior Varsity Gold team attended their PREP Hockey 2016 Thanksgiving Showcase Tournament. This tournament showed a glimpse at all three teams and their seasons so far, while also showing growth and looking to the future.

Varsity won three out of its four games played this past weekend, and has won nine regular season games so far this season. During the tournament, the team scored a total of twenty goals in just four games.

Having won a total of eleven regular season games so far, Junior Varsity has also excelled this season. At the last tournament, the team won two out of the three games played and scored a total of eleven goals.

Junior Varsity Gold has won seven regular season games so far. JV Gold went undefeated at its tournament as a total of five games were won. Scoring a total of eighteen goals in five games, the team claimed its well deserved title.

Although the teams have done great this season there’s still more to come and improvement is always key.

“Not having mental collapses during big games like Maine, York or Hinsdale will really be a huge help. Also, being better at shutting down defensively can keep the lead and not give up costly chances,” JV player Jack Flood explained.

Overall, the teams have played great this year, but there’s always room for growth heading forward when it comes to playing to the highest standards. Having a stronger offense and staying focused even during tough games will definitely help all three teams exceed even more throughout the season, as while there might still be a long season to go, there’s a lot of reason for optimism and excitement.