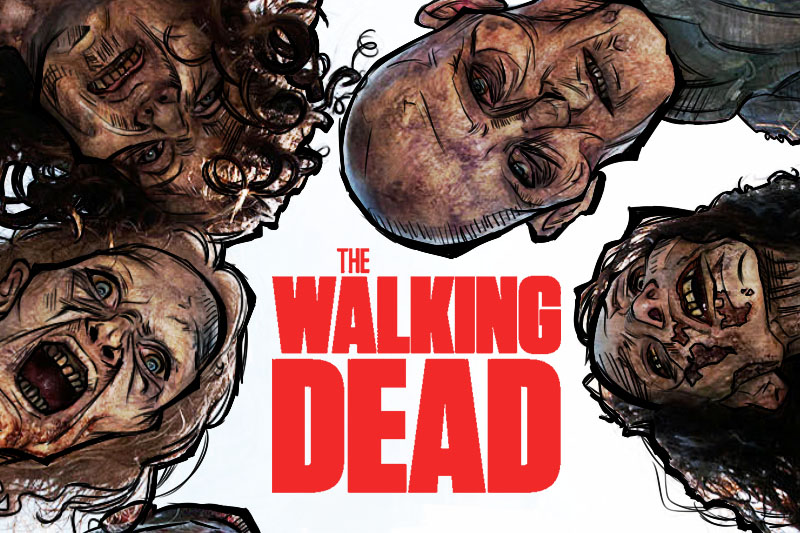 WARNING: This review and recap of “The Walking Dead” contains spoilers from the newest season. If you do not wish to continue to read, please redirect yourself to the front page.

Last Sunday, AMC aired the mid-season finale to “The Walking Dead”, and it was one of the best episodes this season. We were introduced to so many new characters like the Saviors and the people of the Kingdom.

The season started off with the gut wrenching death of two main characters. If you have not watched the season and have not heard who died, I warn you there will be spoilers next. Beloved characters Abraham Ford and Glenn Rhee were killed by the newly introduced villain Negan.

We also go back and see what has been going on with the characters Morgan and Carol. Last season, we were left off with Carol being injured and Morgan helping her live, while they received help from mysterious soldier-like men. The two are brought to the Kingdom and meet King Ezekiel, who runs the Kingdom. At first, his place gives off a Terminus vibe from season five, so I was skeptical of their safety, but we soon find out that they are harmless, and desperately need the fighting skills of Carol and Morgan.

Negan was introduced on episode sixteen of season six, but we only got to truly meet him this season. He is a ruthless leader who is feared by almost everyone. He is in charge of a massive group called the Saviors. They are almost as ruthless as him but obey his every word because they fear him.

The two characters’ deaths took different tolls against all of the other characters. The main character Rick Grimes is seen as the leader in most situations, but when he meets Negan, that all changes. Rick became distraught after the death of his friends, and if you’ve seen previous seasons, he goes into a crazy state similar to how he reacted when his wife Lori died. He practically surrenders to Negan and the Saviors in hopes of keeping the rest of his friends and family at Alexandria safe.

While Rick becomes more yielding towards the situation, two other characters take a different approach to the issue. Carl, Ricks son, and Rosita (a friend of his), seek merciless revenge on Negan for killing their friends. Carl and Rosita both want Negan dead and don’t care if they have to die in order to go through with that plan.

I really like the switch in roles between the characters this season because it really shows the character development needed in the show. My favorite change is probably Maggie’s change. Maggie was married to Glenn, and unfortunately watched his gruesome death. Most would completely shut down after losing a loved one, but Maggie stays strong and shows a huge leadership role at the hilltop.

Overall, this mid-season has had a really great start. I am really happy to see how much they’ve stayed true to the comics, and while they’ve made a change here and there, it really makes the show amazing. A huge part of this season was just the role of leadership and how it’s changed throughout. This season also showed just how the group can react when threatened by a bigger and badder group, which shows just who the characters are. I am excited for the next part of the season, and when I saw the preview for it, I knew it’ll be amazing. “The Walking Dead” will return to AMC Feb. 12.