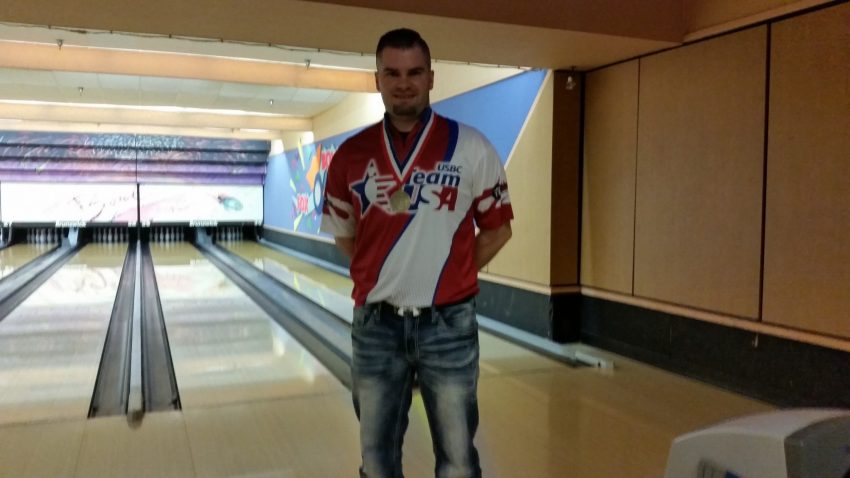 Junior varsity bowling team coach A.J. Johnson recently participated in the finals of a major bowling tournament a few weeks ago. Last Monday, Coach Johnson was selected to be a part of the Team USA Men’s Bowling team after a terrific week of qualification based off his performances at the tournament and his impressive resume. Coach Johnson had placed 7th in the tournament overall. With 150 bowlers in the previous tournament, Johnson was proud, yet surprised with his final results.

“I felt like I had to roll my way on, which they only took the top four. When it got towards the end, it got a little nerve-racking for me because I didn’t think I would end up being back on the team,” coach A.J. Johnson said.

Prior to Johnson making the national team, he and his family made their second appearance on ESPN on Christmas Eve during the PBA World Series Chameleon pattern competition, held in Reno, Nevada. He finished second place overall in the tournament. Johnson first appeared on ESPN in February of his senior year in college on the USBC Masters, taking second place as the number one seed against the PBA Player of the year that year.

“With [Johnson] being our coach and him being a professional, we want the best for him like he wants the best for us, so I know we were wishing him luck through every frame he threw,” senior Izabelle Neuenkirchen said.

“[We were] very excited for him to make a repeat appearance on Team USA. This is actually his third time making the team, so we were very excited about how he bowled this past week,” secretary and mother Judy Johnson said.

Johnson has been bowling since he was a little kid. In high school, he participated in basketball, football, and baseball as well as bowling. During college, he continued bowling and majored in sports managed. He now coaches the JV bowling team while participating on major teams, such as Team USA.