What Trump’s America means for students 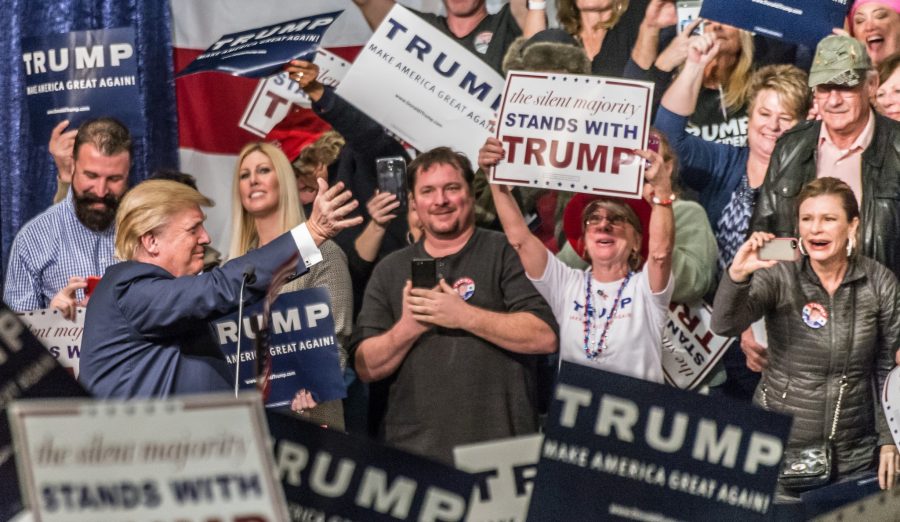 Donald J. Trump is the president-elect of the United States. Many media outlets thought it was nearly impossible for America to elect a candidate like Trump into office. Yet here we stand today with those odds smashed into tiny pieces. While his chances were extremely low, the result is set in stone. Trump will be our president, and for the next four years, we will live in his America.

So what does this mean to the common high school student? Well, current high school students will graduate into Trump’s America. Those students will either start a college education or jump head first into the job market. The media largely ignored the future of America’s youth in election coverage. Now is the time, on the eve of our future, to find out how Trump’s policies will affect teens.
“While his chances were extremely low, the result is set in stone. Trump will be our president, and for the next four years, we will live in his America.”
One of the biggest (and arguably best changes) that the Trump administration is implementing is the altering of student loan relief. Trump has proposed that student loans be paid at the rate of 12.5 percent of the borrower’s income for 15 years, and then after that, the debt would be absolved.

This is a big change from the Obama administration’s student loan relief, where you pay 10 percent of your income over 20 years and then be absolved. This is a massive win for new students that are taking out loans. While students would have to pay more for the loan, the fact that debts will be absolved earlier makes up for the rate increase. Students will be able to ditch the weight of student debt much quicker than they would before, and be able to explore life and career options without that hindrance.

This is where the positivity from student loans end. Trump says that he would remove the federal student loan system and let private banks give out loans. This is a huge step back for students.

Such a system would cause banks and schools to target students that would be more likely to earn more money post-graduation. This creates huge disadvantages to lower class students who may have more limiting career opportunities. The same goes for students with less desirable degrees like a liberal arts degree. A good education is one that targets all kinds of students, not just ones that roll in larger sums of money.

But what about high school graduates that aren’t going to college? They are going to have to deal with the future job market under the Trump administration. Thankfully, there is little to fear. The GDP, or gross domestic product, of the U.S. under Trump is predicted to rise by 2.5 percent, leading to the creation of about 10.3 million jobs before the next election. So all seems well and fair for those future workers. Except, it isn’t.

In the near future, there is a huge chance of a new economic recession coming, which means that fewer jobs will come. Now this is no fault of Trump nor his administration, as such economic swings are completely out of the control of the president. But it would deeply damage the administration’s reputation, as it did with Obama’s administration during the Great Recession.

Overall, the future is uncertain. Both the student loan crisis and the job market have two opposite policies being considered. Student loans could become more liberating with relief, but with more limiting with the new profit was driven loan system. The job market could grow immensely, but also experience stunted growth thanks to a recession completely out of Trump’s control. The future is incredibly uncertain. Trump may not implement these policies, but that just creates more uncertainty. The only thing left to do now then is to follow the advice of the previous administration: to hope; hope for the best.