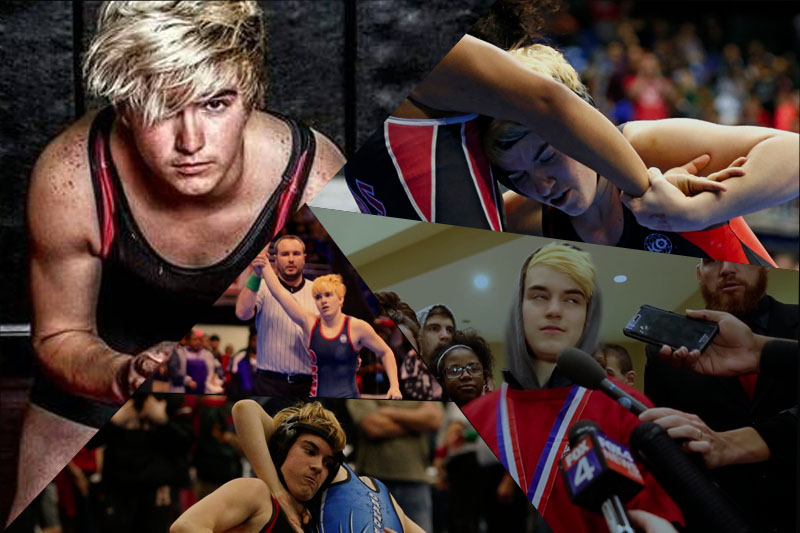 Beggs was born a female, but currently not only identifies as a male but also began taking testosterone treatments in Oct. 2015. However, because of UIL rules, stating that an athletes’ gender is based on their birth certificate, Beggs was forced to wrestle in the girls’ division instead of boys’.

This is a great athletic achievement for Beggs, and could very well be a historic moment. However, even with the positive implications of this event, there are questionable circumstances surrounding the situation. There is the controversy about the UIL forcing Beggs to compete in the female tournament, but there is also the issue of fair competition as he began the biological treatment to successfully transition. Mack Beggs should not have been forced to compete in the female tournament, as it was not only disrespectful to do so, but also brings about questions of fairness in the competition.

First off, it was very disrespectful to force Beggs to compete against female competitors. He may have been born female, but Beggs already made the transition to male back in Oct. 2015. To force him to wrestle at the female tournament because of what he was born as shows a complete lack of understanding by the wrestling league.

Some may say that the birth certificate should be the indicator on whether someone like Beggs should be classified as male or female. The problem with that assumption is that it assumes that transgender people only emotionally identify with the gender they prefer while maintaining the physical characteristics of the gender they were born as. However, that is false. Many transgender people go through physical transitions, such as hormone therapy and gender reassignment surgery, in order to feel comfortable in their own skin as their true identity. This is what Beggs went through. In fact, one of the main reasons many transgender individuals choose to not go through physical transition is because such procedures are incredibly expensive, and not often covered by health insurance. Therefore, using a birth certificate to identify the gender of a transgender person is simply ignorant.

Another factor that made this decision by the league a poor one is the question of fair competition. Beggs was forced to go against female opponents even though he identified as a male. This would have been fine, even if disrespectful, if not for the fact that Beggs had already gone through the transition to male.

You see, sports have always been divided into male and female categories. This is because of several biological differences that men and women have, such as men developing more upper body strength on average. This does not mean that men are better athletes than women (or vice versa), but it does mean that in the spirit of fair competition, the two genders are often split into two categories. This is what makes Beggs competing in that tournament an even more questionable decision by the league. As Beggs had gone through the physical transition, he had the biological characteristics of a male. In fact, with the levels of testosterone he was taking at the time of competition, Beggs would have been eligible to compete with other men in collegiate wrestling. UIL’s rules forcing Beggs to compete in the female tournament inadvertently ruined the fairness of the sport.

I’m not saying that Beggs’ opponents were easy because of their gender. They were likely very tough opponents, considering it was the state championship. In the end, this was still a magnificent thing for Beggs to achieve. But with the ignorance and unfairness surrounding the situation, it makes it impossible for the dirt not to tarnish the gold.