Students get involved in local election in multiple ways 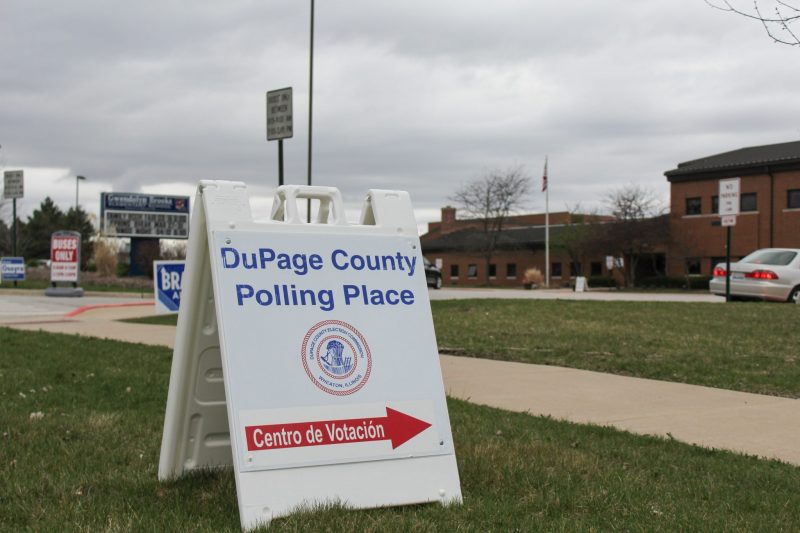 Today marks election day for Aurora mayor, as well as elections for multiple other cities and municipalities. The candidates for the Aurora election include Richard Irvin and Rick Guzman, the winners of the February local primaries.

The candidates during the primary went through a series of forums to discuss their policies. These forums were arranged and run by many different groups, including the Aurora League of Women Voters and, for the last forum, students from Aurora high schools, such as East Aurora, West Aurora, Waubonsie Valley, and Metea Valley.

That last forum was held at East Aurora High School on Feb. 15. It was ran by a handful of students from that select set of Aurora high schools. The students got involved in local politics by asking questions to each of the candidates questions about their policies as mayor, as well as questions about the importance and status of local government.

“We organized ourselves into different committees that focused on different aspects of the forum. We had a committee for advertising, making questions to ask the candidates, setting up the event, and moderating the forum,” forum arranger and senior Sannah Boyd said.

Being involved with local political events was aimed towards being an impactful event for students interested in politics. With the forum, students were able to see a whole new side of the political landscape that is normally covered by the big sources of media, and affected some of the students who attended the forum’s thoughts on politics.

“Essentially, it added to my belief that local politics have a more profound impact on life than national politics, and are therefore worthy of the same attention that we see towards national politics,” forum arranger and senior Milan Williams said.

All of the forums and events of local politics pointed to the same conclusion for students regarding how they participate in the political scene. “As teens, we have a lot of great ideas that could help our community, and by going to events such as the mayor’s forum, we are given opportunities to ask questions and get answers. So yes, I believe it is important that teens take advantage of these opportunities to become involved and make a difference,” stated Boyd.

Students voting in this election happened to also have a similar view on their role in this election. “The major interactions we have with government on a daily basis happen at the local level. Because of this, it is important that we hold these officials accountable and exercise our right to have an informed voice,” senior Chris Danner said. Danner voted in today’s election.

Polls have closed, and election results will be announced within the next day.