Macron’s presidential victory will shape the future of the west 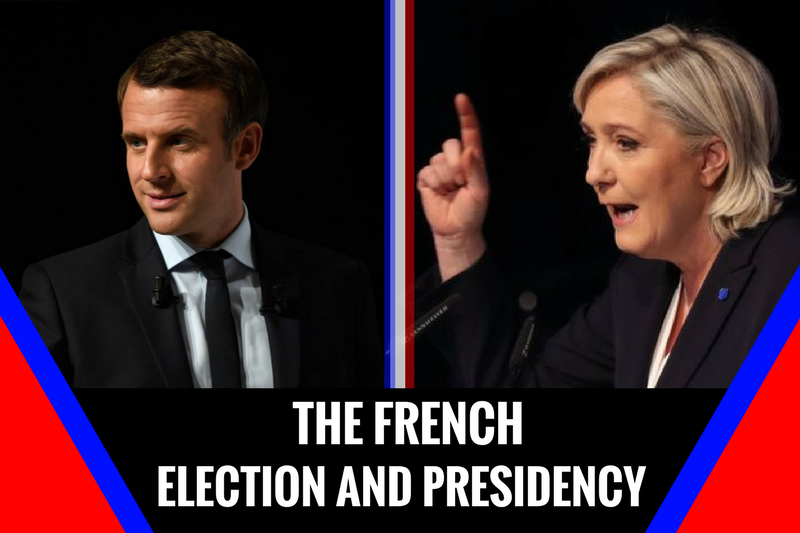 Emmanuel Macron defeated populist candidate Marine Le Pen in the final round of the French Election on May 7. Macron is the leader of the new party En Marche!, and campaigned on ideals of centrism and a pro-European Union mindset that was in staunch comparison to the far right and nationalistic rhetoric of Le Pen.

Macron’s victory comes at the heels of two major victories for the far right populist movement, one being the Brexit, or the British leaving the European Union, and the other being our very own United States election. Intense pressure could easily be felt by both sides, but in the end, France did not buckle to the far right rhetoric, unlike in the US and Britain.

But why is that important? France is just another country in the grand scheme of Europe and definitely was not the first to stand up against far right populism. What makes Macron so important then? Well that is because Macron winning has not only single handedly saved the EU from an early disbandment, but also has shaped the course for the future of western politics.

First off, Macron becoming president has solidified the EU as an institution that will last at least past the decade. France is a major player within the European Union, especially with Great Britain voting to leave the EU last year. This means that if France left, with only Germany as a major power within the Union, the EU would surely disband. And wouldn’t you know it, Le Pen was an advocate for a ‘Frexit’ and a return to the Franc instead of the Euro, and while it doesn’t mean that France would have instantly left the EU, it would have definitely increased the likelihood of that happening.

Now this doesn’t mean that the EU will now last forever and stay a major political force. Times change, and politics change with it. The EU may not be necessary in another 50 years. However, as of now, the EU is still an essential part of world politics and economics today, and although no one can say for sure what would happen if it disbanded this decade, but it would most definitely shake the very foundations of our current geopolitical situation in an uneasy way.

Another reason that Macron’s victory is so important is that it may have singlehandedly ended the chance for the far right populist movement to gain any more traction. France is not the first European country to stop a far right candidate from reaching power, as both The Netherlands and Austria did that in their own elections. However, it is by far the most influential country to do so. Back in 1848, during the French Revolution that established the Second Republic of France, Prince Metternich of Austria stated that “When Paris sneezes, Europe catches a cold.” Later that same year, revolutions blew up across the continent. Now this isn’t to say that now centrist revolutions will spring up everywhere, but France still has a similar influence to back in 1848.

Europe might be done with the populist movement thanks to the sneeze of Paris.

In retrospect, this all may have caused nothing. The populists are still around, and not very country is France. The only reason Le Pen probably lost is because France has historically always been at odds with far right dogma, and not every country has had experiences like France. However, with that being said, France has always been the center of Europe. Through thick and thin, it has always symbolized the ideals of the continent in nearly every fashion. So whether you like it or not, the far right took a huge blow with Macron, one they might not come back from. Europe, instead of becoming incredibly nationalistic, may continue its path of unity, all because for once, France did not wave the white flag at the sight of the far right at its door.