Beyond the curtain: The students behind the scenes of AIDA 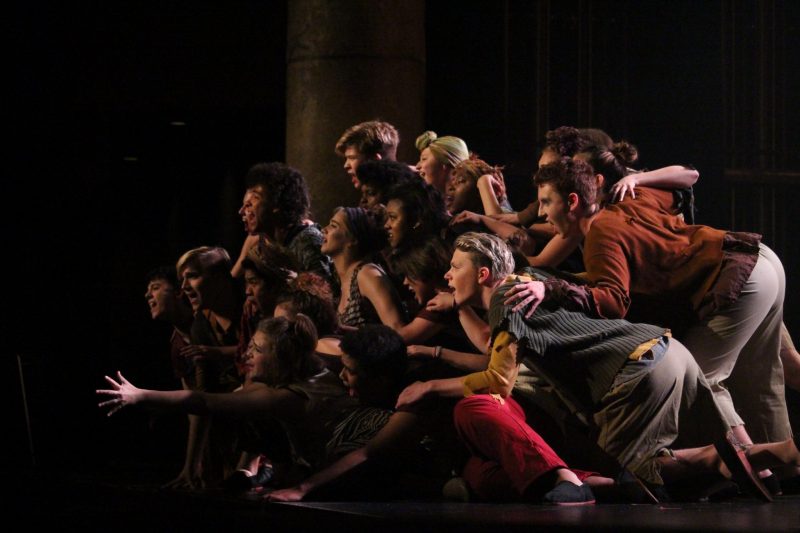 This blurb is the cover story from Metea’s magazine publication, the Stampede. Copies of the magazine can be found in all English classrooms to read the full story.

Imagine a sea of people, tightly packed into the same room with all eyes aimed directly toward the same place. It’s dark at first, with a murmur here and a whisper there as the crowd restlessly waits for the event. Then, with a flash, the room brightens as the lights turn on and follow the eyes of the crowd to the front of the room, where the heavy red curtains rise to the ceiling to reveal the show the mass of faces has been waiting to absorb: the spring musical, ‘Aida.’ For the next 90 minutes, the audience is engaged with the actors for a personal, musical show led by the talented student actors and actresses that guide the performance.