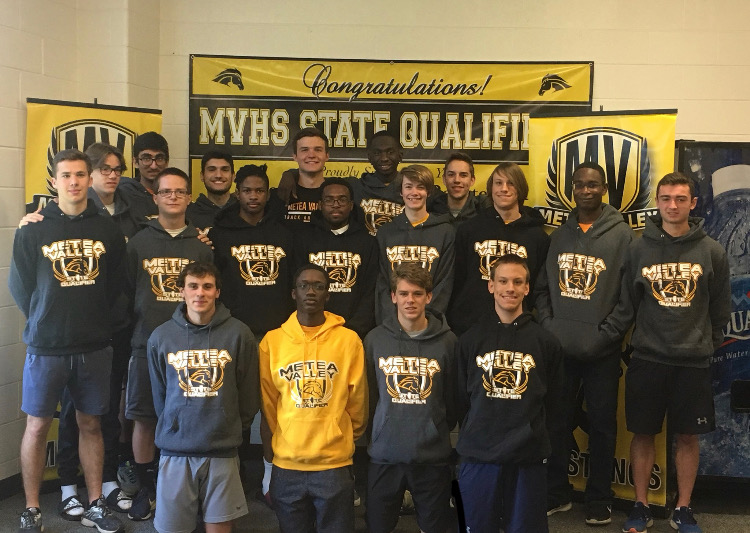 Courtesy of Aaron B. Lewis

The mens’ track and field team came together for a photo before they went to Illinois High School Association State.

The mens’ team had a powerful season. The Mustangs made school history, taking home a sectionals win. As far as individual runners, Senior Pryce Giwa-Osagie was one of the many runners that qualified for state. Pryce finished fourth in the high jump event with a height of 6’5. The 4×200 relay team finished eighth at the Illinois High School Association State Final, and they broke a new school record with a time of 1:28.38. The girls wrapped up their season hosting the Illinois High School Association Sectionals meet.

Some of the outstanding performances from the sectionals meet. Junior Sophia Sandy placing eighth in the 800-meter run. Senior Emaline Kerwin placed sixth in the 100-meter hurdles. Senior Angelica Mendez placed seventh in the discus event. Junior Emily Kohlberg placed seventh in the 3200-meter run.  Despite all their accomplishments this season, the biggest one was improving the team as a whole. “We really grew close with each other and learned to work as a team,” junior Sophia Sandy said.