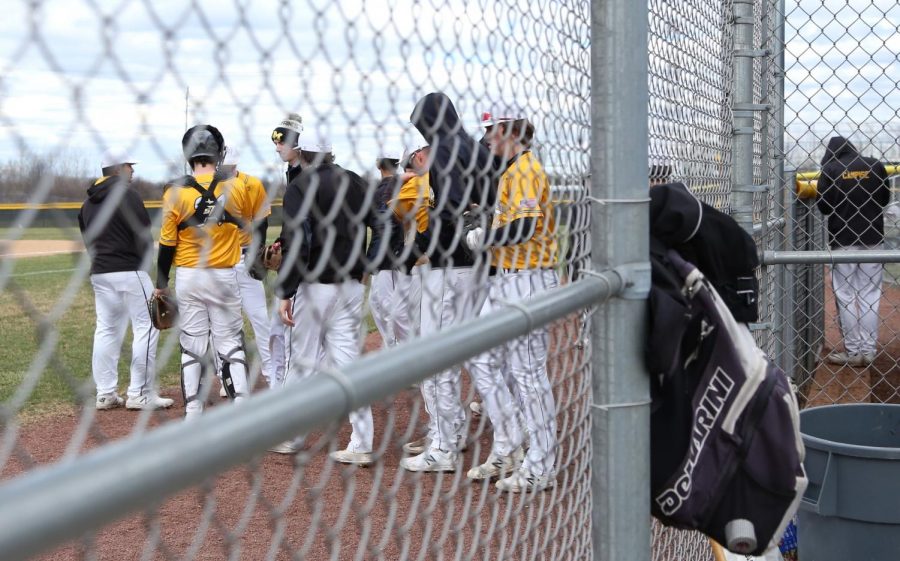 The varsity baseball team huddles together before their first inning on April 18th.

The varsity team was 17-4, and had a 6-4 record in the DuPage Valley Conference. Team bonding went hand in hand with their successful season. “We have worked as a team and hit well over the course of the season,” junior Cade Sullivan said. To open the season, the boys won 17-6 vs Glenbard South. They started out the season on a 14-game winning streak. Many of the Mustangs were recognized for their accomplishments throughout the season.