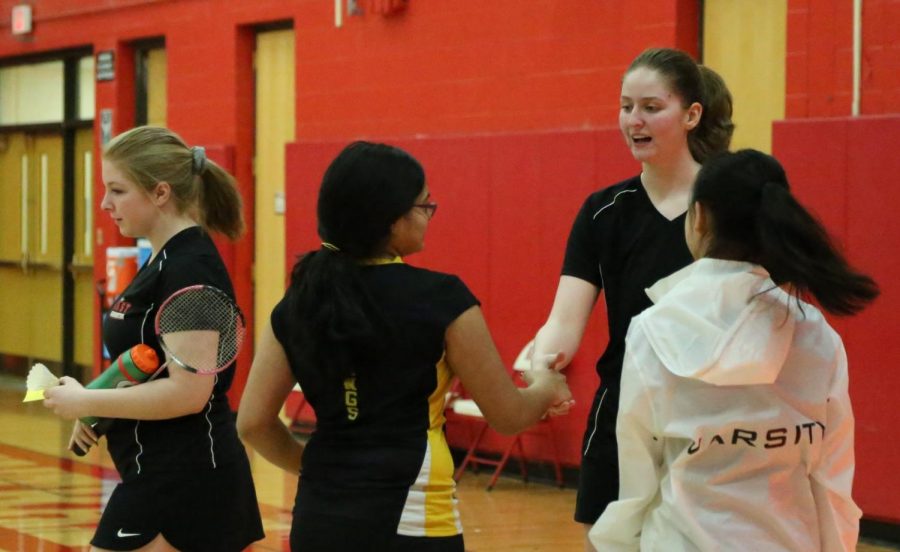 The varsity team finished 7-6 on the season and 2-2 in the DuPage Valley Conference. The Mustangs found an anchor throughout the season through communication and cooperation. A prevalent concept that the team focused on this year was to value every member through matches and make sure no one is left behind. “I met some awesome people. They really taught me the importance of maintaining mental positivity and toughness,” freshman Sophia Wang said. The top doubles team Nitya Nagarajan and Wang allowed the varsity team to pull through. In defiance of every prestigious tournament in the season, they brought the heat. The girls finished with a 46-5 record and sixth in the state.

Continuing their success, the girls dominated Naperville North 10-5. The win was the first-time win against the Huskies in program history. the varsity team participated in the ABCD tournament at Hinsdale South. They finished in third place, making it their best finish in school history. “My teammates and I fought for every point and made the opponent fight for every point too. If we went down, we went down fighting. I think we were also strong in supporting each other and being good teammates,” Wang said.