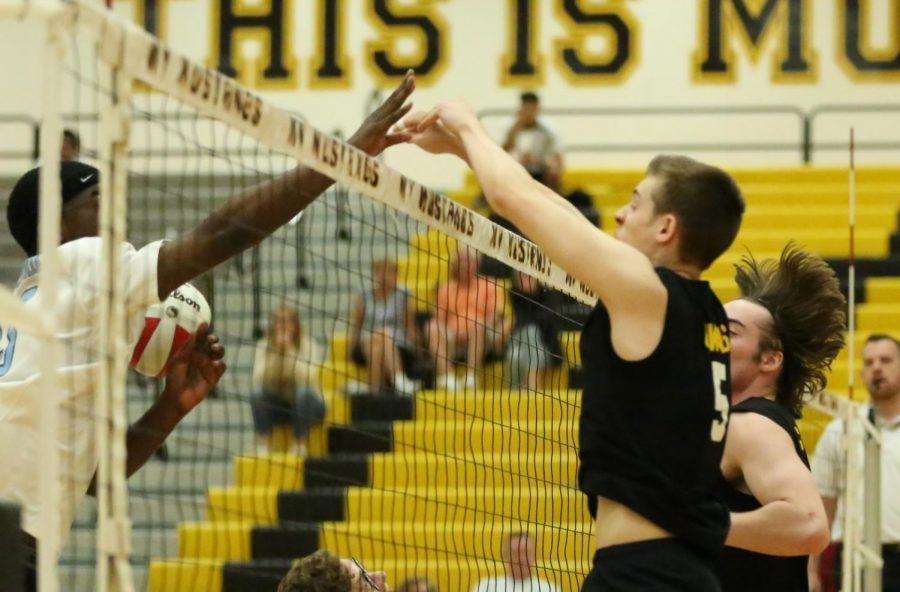 On April 22nd, the boys played against Willowbrook High School. In the second set, outside hitter Ryan Owens blocks the ball.

The Mustangs ended their season with a 16-22 record in the regular season. 2-6 in the DuPage Valley Conference. With new members stepping up to the line, the change to the court chemistry was a running process. Throughout the season, their consistent digs and strong outside hitters came in clutch. All-conference players included seniors Connor Murphy and Sunil Bhuvanagiri, and juniors Ryan Owens and TJ Steffgen.

The season was not full of sunshine and rainbows. But, it was what made the team understand the value behind the season. “It was a matter of how we were there for a purpose. It doesn’t matter where we come from or where we are going. What matters is that we were all there,” junior Brandon Long said. In defiance of their rocky season, it was a growing period. They continue to put in the reps for a stronger program both on and off the court. “At the beginning of the season, we went to the movies together. I think that the team bonding set the base to build the team chemistry,” Long said. “After that, we got food together after every tournament and game. I think I saw more of these guys than my own family throughout the season,” Steffgen added.