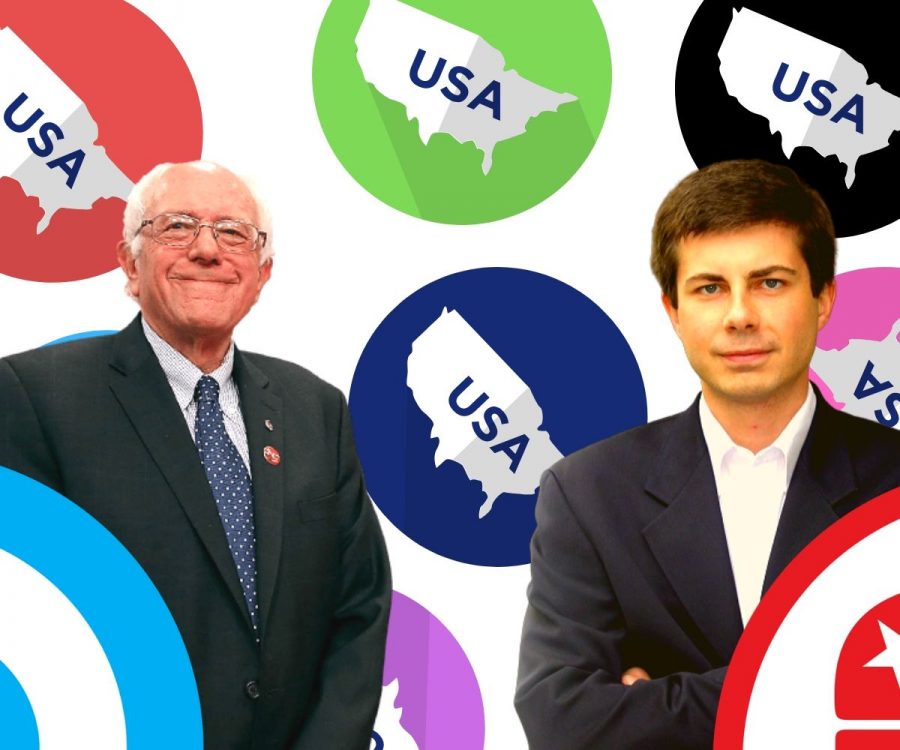 Democratic rivals face off as Trump continues to gain momentum.

The Iowa Caucus was an absolute disaster for the Iowa Democratic Party and remains a highly controversial caucus. Following trouble in several precincts across Iowa due to an app that was used to report results, the IDP released a mere 0.2 percent of the vote on election night.

Despite only 0.2 percent of the state being reported, Mayor Pete Buttigieg was quick to declare victory and as such dominated the news cycle for four days until the results were fully reported. Even once the full vote was reported, however, several publications, including the New York Times. were quick to point out inconsistencies in delegate counts calling the declared winner into question once again.

The only metric that was clear was the fact that Senator Bernie Sanders won the popular vote in both the first vote and realignment vote with around 6,000 votes and 2,000 votes respectively. The IDP has declared Buttigieg the winner of the most delegates with two extra state delegates resulting in his victory. Despite the IDPs announcement, the Associated Press has refused to declare a winner as well as many other outlets.

Bernie Sanders has become the clear frontrunner following his large turnout in Iowa. Sen. Sanders is now projected to win almost every single state in the primary and is on his way to reach the majority of delegates necessary to win the nomination on the first ballot. A major point of interest in the actual metrics of the Iowa Caucus vote was that an overwhelming majority of minorities voted for Sanders. At the beginning of the race, Biden was the frontrunner because of the strong black vote that carried him in the Southern states, but that is quickly changing. Sanders is expected to do extremely well in New Hampshire, and as more and more of Biden’s black vote in South Carolina slides over to Sanders, Sen. Sanders has a chance to sweep the entirety of the first portion of the primary.

Despite the good news floating around Sanders’ campaign, a new challenge has arisen for him to tackle. A contested convention is currently the most likely outcome of this primary. A contested convention results after no candidate is able to secure the majority of the vote, as a result, superdelegates are factored in to decide the winner. It is at this point where any chance for a progressive like Sanders or Warren to win quickly fades away. A contested convention would be one of the most controversial and possibly damaging things that could happen to the Democratic Party this election. If a candidate is snubbed or forced out despite winning the most delegates before, the turnout rate would be so low that President Trump would have an easy re-election campaign.

Buttigieg’s strong showing in Iowa has led many to label him as the next Obama. At first the comparison seems fair, both are fairly young unity candidates who have overperformed in Iowa, but the comparison ends there. Unlike Obama, Buttigieg has almost no chance to sweep the four early primary states. Buttigieg received almost zero support from black voters in multiple polls conducted this year  meaning that he performs well in a white state like Iowa or New Hampshire, but the moment he goes down to South Carolina or Nevada, his support is virtually nonexistent.

Buttigieg put his entire campaign on the line in Iowa and his investment ultimately paid off. While most of the senators were in Washington for the impeachment trials, and Biden refused to do any events for a while before the caucuses, Buttigieg was essentially the only person running for weeks, running event after event and pushing his message hard. Buttigieg had the most number of field offices in Iowa, but his impressive infrastructure seems to be entirely in Iowa. Buttigieg does not even have a single field office in California, and all over the Super Tuesday states his support is nonexistent.

Buttigieg does have a chance to do a lot better than most are expecting, and his post-Iowa numbers will certainly help him keep his campaign going up until Super Tuesday, but despite a strong showing in Iowa, it is not representative of the overall election.

Trump’s chances of being reelected have never been higher following a week of win-after-win for the incumbent President. In just three days President Trump capitalized on the failed Iowa caucus, gave a very successful State of the Union, and got acquitted by the Senate resulting in an uptick of support for the 45th President.

In order to win in 2020, all President Trump has to do is hold the rust belt, and the recent failures of this week have allowed his poll numbers to surge in the key Midwest states he desperately needs. Trump isn’t anywhere nearly clear, however, if the Democrats nominate a strong candidate in the Midwest like a Bernie Sanders, or a candidate that can carry key states in the region like Joe Biden, Donald Trump’s odds of victory quickly fall apart. Trump now has the highest approval rating within his own party in history which has guaranteed him a strong showing on Nov. 8. If the Democrats hope to beat him they’ll have to do it with one of their biggest turnouts since 2008.

Key Senate races have begun to develop as the midterm elections get closer. If the Democrats want any chance to pass any significant policy in the next 4 years, no matter who their nominee is, then they need at least a 50-50 split in the Senate to at least have a majority. The 2020 Senate race won’t be the blue wave many hope it will be, but there is a strong possibility for the Democrats to be able to get a small majority.

In Maine, Senator Susan Collins is on the verge of losing her seat to her Democratic challenger due to the growing resentment towards her following the Kavanaugh hearings. Senator Martha McSally of Arizona is also facing problems due to her liberal constituency for her own votes on Kavanaugh and later the impeachment trial. Both Senators know that their only choice to win was to win the liberal votes in their states which led to their decisive flip votes on bills like the Republican attempt to replace Obamacare. Now, both states stand to most likely flip blue and win Democrats some critical seats they need to close their gap in the Senate.

Colorado is also most likely a Democratic victory no matter if the Democrats go with a safe centrist option like John Hickenlooper or the Progressive challenger, Andrew Romanoff. The Republicans also stand to take some seats too. Unfortunately for Senator Doug Jones, it’s unlikely that he’ll be able to retain his seat in Alabama, especially after his vote to indict Donald Trump.

There’s a lot of other seats that will be contested highly by Democrats. In Montana, Democratic challenger Wilmont Collins threatens to do very well despite being in a heavily red state. Kansas is also a viable option for democrats as the Republican incumbent has announced that he will not run for re-election. In the end, what matters is how much money the Democrats can pour into these competitive Senate races, and luckily they’re on the offensive. Closer-than-expected races in Kentucky Mississippi and Georgia will most likely divert a lot of much needed funds from Republicans away from the races in Montana and Kansas giving Democrats a lot of room to outperform their expected metrics.

The New Hampshire Primary will take place on Tuesday Feb. 11, and there is a lot riding on this primary. This is the only state where Buttigieg has any real chance to continue his momentum, but following a crushingly bad debate performance, Buttigieg’s support has stalled out in favor of Amy Klobuchar’s rising momentum. It is most likely that Sanders will win this state, the real question is by how much. The Sanders campaign needs a strong victory on election day to cement his place as the frontrunner of the race, and because he needs as many votes as possible in order to avoid a contested convention.

The most likely outcome of the New Hampshire Primary is a strong victory for Sanders, followed by Buttigieg, Klobuchar, and Warren.

All of this speculation and analysis means little if the Democratic National Committee can’t run their party well. It was revealed that the party was close to bankrupt in 2016 resulting in their outward support for Hillary Clinton’s campaign due to her strong contributions to the party. The incompetence shown in Iowa had already turned many people off from trusting the party and since then, more and more controversies have erupted about the party.

The DNC and its leadership will ultimately decide how many of these critical Senate races, and even the Democratic primary, will go. If they want any chance to beat Trump in 2020, the DNC has to avoid as much scandal as possible and attempt to continue to push party unity.