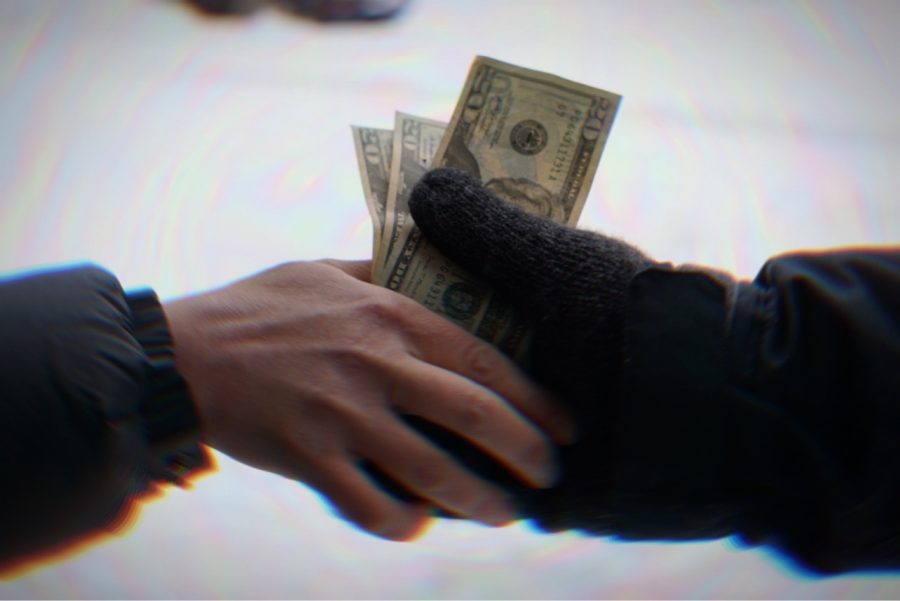 Every day students enter their school in hopes of getting an education, but some students suffer from drug abuse and have lost interest in their studies. Using drugs can impact the way people act and perform during their high school years. Even though buying and selling drugs on school grounds is uncommon, some students still commonly vape in school bathrooms according to health teacher Lauren Reineking.

Hooked to the high: Over half of teens have used illegal substances

Some students’ names have been changed for this article, since they are candidly discussing drug use.

“My first time using drugs was weed,” John, a junior who has his own experience on drug use said. “That first time is horrifying. You do not understand it. It is a feeling you do not really know at all. If you take too much your first time too, you really do just freak out. I did take too much my first time, so I was really messed up for a while.”

The Illinois General Assembly legalized recreational marijuana on Jan. 1, 2020. This authorization created easier accessibility to high school students, even though marijuana remains illegal for those until 21.

For some, it created the spark of trying something new and experiencing only what they heard of in movies or shows. With all of the risks that come along with substance use, some teens still find themselves either trying drugs for a single time or taking more than a sip of alcohol.

According to the 2020 Illinois Youth Survey of teens across Illinois, about 40 percent of 10th graders in DuPage County indicated some level of substance use, including vaping, in the past year. For 12th grade students, this percentage changed to 53.

“I know a lot of people who have smoked marijuana in the past. I know nicotine is a common drug among teens,” senior James said. “There are not many teens doing the extremely hard drugs that you can overdose on such as cocaine, heroin, and a lot of stuff like that.”

Some students, however, perceive that more Metea Valley students use drugs than surveys suggest.

“I would say about 80 percent of people at our school do drugs,” John said.

Metea health teacher Lauren Reineking explained that this percentage of students who use substances increases as the grade level goes up.

According to Reineking, drug use is all about perception. Students can surround themselves with other students who use drugs commonly and think that everyone uses substances. That may not always be the case, however.

One thing that high schoolers can face with drug use is the fine line between addiction and general use. This can be particularly dangerous because of the overuse of drugs that comes with this.

According to Promises P.A.T.H. Programs, a solution to lower one’s chances of addiction could be to decrease access and exposure to substances. With the idea of perception, if people surround themselves with friends who use substances frequently, peer pressure can be one of the leading causes to start using.

“My opinion on drugs is to stay away from them as long as possible,” James said. “If you are young, you need to stay distant from the people that you know who do them, so you cannot experience them and get addicted to them long term.”

For some people, it can take only one time to get addicted to drugs. That one use could be dangerous especially for those who are inexperienced with their own limits.

But having experience still does not ensure that a person will be safe when taking drugs. While some like John believe the more he uses, the more he knows his limits, others can find it hard to know when to stop when they are under the influence.

“Once I smoked too much too fast by myself, and I could not really breathe,” junior Lucas said. “I kind of could feel my body just sinking into my bed. I could not move, and I was just shaking. It was really scary.”

The term greening out, also known as whiting out, can be extremely dangerous. Its side effects include turning pale, getting dizzy, nauseous, vomiting, and in extreme cases, even death. Greening out is a type of overdose from specifically smoking cannabis, however, it is still possible to overdose with other substances.

“My brother’s friend’s dad unfortunately passed away due to a heroin overdose a few years ago,” James said.

Not only students struggle with substance use, but adults as well. According to the National Center for Drug Abuse Statistics, there are about 2,790 total overdose deaths per year in Illinois. This means, of all total deaths in Illinois, 2.54 percent of those are from overdose.

“For many students [who use drugs], the risk factors include motivation,” Reineking said. “Often, when kids begin to use with any level of frequency, their motivation also tapers with that, and that can impact their future along with just trying to navigate life’s challenges without the use of this is hard if someone begins to use at a young age.”

According to MentalHealth.gov, mental health issues such as depression, anxiety, schizophrenia, and personality disorders can be linked to drug usage. Some students turn to drugs as a way to self-medicate.

Although some high schoolers who use drugs struggle with their mental health, others turn to drugs for recreational reasons.

“I think people try drugs for fun, they think it is a cool experience sometimes,” Lucas said. “But I think people could also take drugs due to mental health issues, or not, it just really depends on the person.”

John’s first time using drugs was prompted by a desire to try something new.

“I was really bored. I did not really like living that much, so I figured I might as well,” John said.

Some common signs of drug abuse include having bad grades, bloodshot eyes, poor hygiene, and an abnormal amount of hunger. These side effects are slightly different for alcohol abuse as the most common ones are having poor coordination, slurred speech, and the desire to engage in risky activities.

Having access to drugs versus alcohol can also be a factor for how many students use either or. Both John and Lucas stated that older students can give easy access to drugs. This could be by either using a fake ID, or getting the substances from others who have easy access.

“I think drinking is a lot more common. It is cheaper, and sometimes parents will just allow you to have it,” John said. “With drugs, most are illegal everywhere, regardless of your age, so they are incredibly hard to get.”

Due to COVID-19, drug use has been lower than ever according to Reineking. The 2018 Illinois Youth Survey results show that 59 percent of 12th graders have used any substance within the past year. This number then drops to 52 percent in the year 2020.

“It is a fact that teens are actually using at lower rates because they rarely leave their homes,” Reineking said. “That is one of the things that research is kind of showing us is that the teen drug use is actually down.”