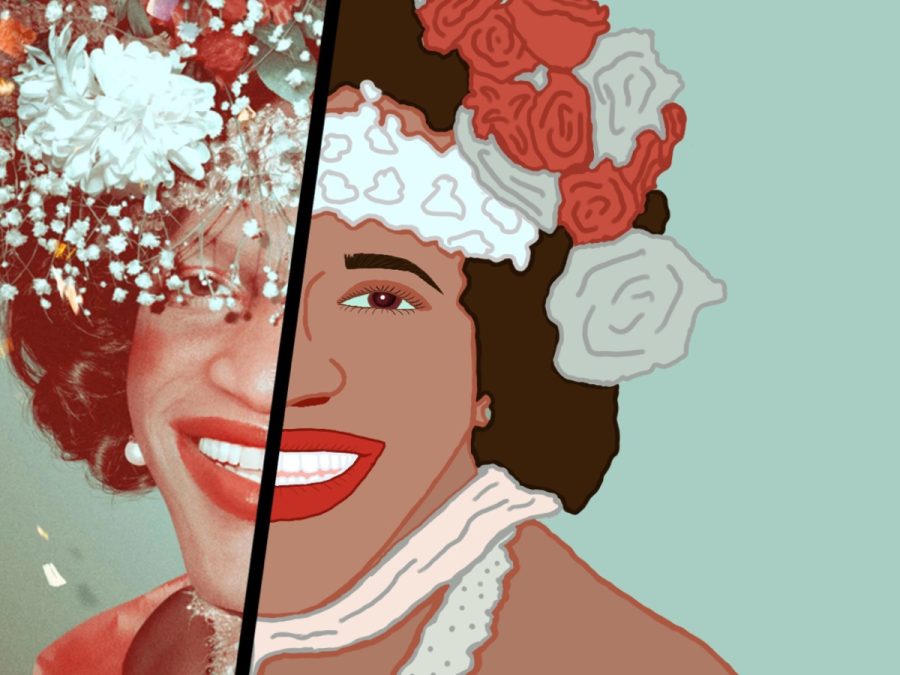 Marsha P. Johnson wore many bright colors and fabrics in order to express herself as a transgeder woman and a drag queen.

One activist, Harvey Milk, whose voice was heard and respected over many others had good intentions of sticking up for the rights of the gay community. Milk however was not able to express his opinions and fight for the rights of Black lesbians, transgenders, and drag queens everywhere, yet Marsha P. Johnson was. Johnson used her activism and led hundreds of thousands of people in the fight for a better world for members of the lesbian and gay community.

Johnson stood out from others not only with her voice but also with her appearance. She would wear bright-colored clothing with flower headdresses expressing her identity as a transgender woman and a drag queen. Johnson walked around as if she did not care what others thought of her, only that they would listen and help her achieve rights for her community.

Police never did find out who threw that first brick into the bar starting the Stonewall riot, but what we do know is that Marsha P. Johnson was there to fight against that person who threw that brick because she believed that it was the right thing to do.