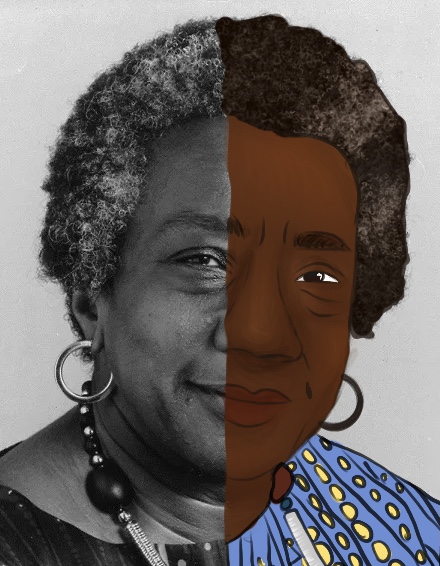 Vinnette Justine Carroll directed her first play in 1972, titled “Don’t Bother Me, I Can’t Cope.” This pathed the way for Black people to be a part of the Broadway community.

Although education is a very important part of Black history, music is also an integral part. Vinnette Justine Carroll was the first African American woman to direct on Broadway and the only Tony-nominated African American woman in the directing category, who was behind several productions that went to Broadway.

Carroll was born in New York City on March 11, 1922, to her parents Florence and Edgar Carroll. Just at 3 years old her family moved to Jamaica and that is where she spent most of her childhood. In 1956, Carroll made her Broadway debut at the Falmouth Playhouse in the revival of a Streetcar Named Desire. She won an Obie Award for her role in Rainbow Shawl by Errol John Moon in 1962 and received an Emmy for supervising the TV program Beyond the Blue in 1964.

She also founded an organization that supports minority performers in all theatrical categories in New York City called the Urban Arts Corps in 1967 and later renamed the Urban Arts Theater in 1980. She continued to make her mark in American theater history by becoming the first African American woman to direct a Broadway production at the Playhouse Theater called Don’t Bother Me, I Can’t Cope in 1972. Later in Carroll Repertory Company in Fort Lauderdale, which was also built in Carroll Honor.