Surviving Assault: The obstacles to coming forward about sexual abuse 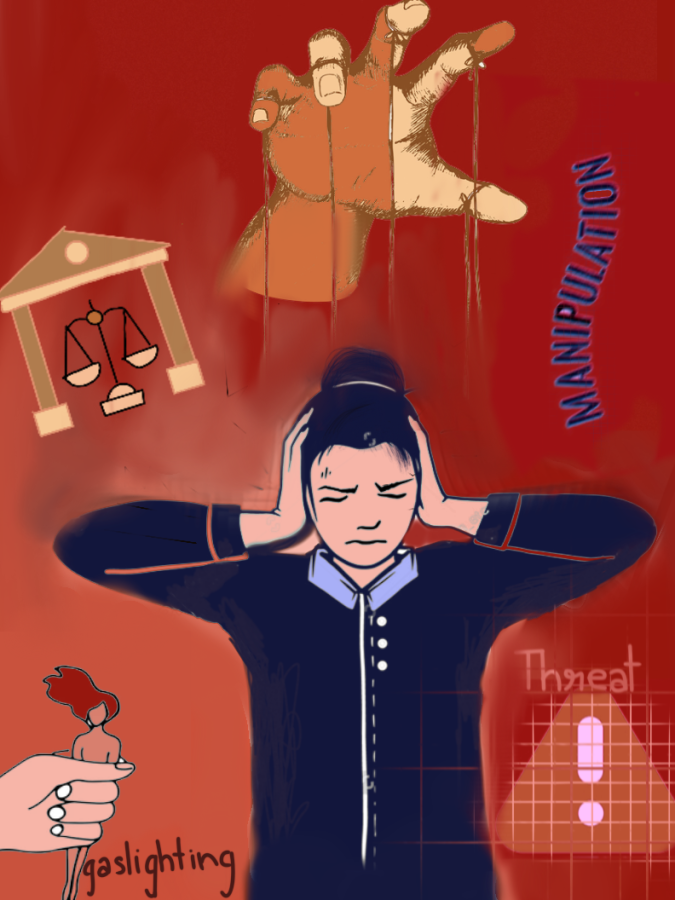 Survivors of assault face much more than the event itself.

The name of the student mentioned has been changed for this article since they are candidly discussing sexual abuse in depth.

“I do not think that I have fully recovered,” Alex said. “I am not completely sure if it is even possible. I relive my experiences through flashbacks and nightmares, and as of right now, [my therapist and I] think that this may be something I have to live with for the rest of my life.”

Alex, whose name was changed for the purpose of this article, is a survivor of sexual abuse.

Around 58% of 7-12 graders experience sexual harassment each school year. Only 31% of them will report it to the police. The reasons why a survivor may not report an assault initially are because according to social worker Lara Polavieja, everyone deals with assault a little differently.

“Generally, assault can entail a survivor withdrawing from friends and family, getting triggered by things in their environment, or something else entirely,” Polavieja said. “The one common factor is that it always affects them emotionally, socially, and mentally.”

Staff can also be perpetrators of sexual abuse in school environments. While positive relationships between teachers and students are important, sometimes teachers cross lines and develop an inappropriate intimate relationship with a student. Around  93% of underage survivors of sexual assault are familiar with the abuser, and while that often entails a friend or family member, it can also be their teacher.

When a person is assaulted by somebody close to them, they may feel like there is nowhere to turn at school for support or guidance. The perpetrator of the abuse is often so close to the survivor that they would have been the person a survivor would have turned to for help in a situation like this.

When that happens, the impact on the survivor’s psyche, health, and trust is monumental.

“I would say that I am generally a very positive person,” Alex said. “But when it comes to things that people do, sometimes I notice patterns close to what I have experienced before. I tend to jump to the worst conclusion possible, which I do not enjoy doing, but it is something I automatically do. This  has hurt my ability to trust people.”

Survivors of sexual abuse sometimes turn to substance abuse to numb painful recollections they may have of the abuse. They are ten times more likely to abuse major drugs such as heroin, cocaine, and marijuana compared to the general public. This, coupled with the direct effects of being assaulted, results in over 70 percent of survivors experiencing moderate to severe distress every single day. The resulting consequence of this behavior is that 33% of women sexual assault survivors may be considering suicide. The loneliness and despair that survivors feel can be isolating, and they begin to lose trust in people they used to connect with as well as lose interest in hobbies they were previously passionate about. Apathy can develop as a negative coping mechanism, yet another reason why some survivors choose not to speak out.

The struggle of going through the process of coming forward can be off-putting to survivors.

“In cases of rape, [the survivor] would have to go into the hospital and get a rape kit,” Polavieja said. “Sometimes that is very difficult to do, and people do not want to deal with all of that.”

Symptoms of depression, flashbacks, and more can be dismaying the more a survivor mulls over the assault, so survivors often retreat into themselves and pretend the assault never happened. They may make excuses for the perpetrator, blame themselves, or simply refuse to accept that anything happened at all. While this repression may seem to help in the short term, it can exhibit long-term negative effects.

“There are so many factors to consider,” Polavieja said. “It all boils down to what part of the process [in recovery] the survivor is at and whether they are ready to begin or not.”

All these mental effects on a survivor’s health can tangle them up and make them begin to doubt themselves or the abuse, partly since some survivors believe that ignoring the abuse is a better course of action than the alternative.

“Sometimes people think it is their fault,” Polavieja said. “They feel shame and embarrassment. Maybe they do not want to get the other person in trouble. It is a grueling process, and sometimes, you can go through the entire process only for the perpetrator to walk free.”

The obstacles to talking about abuse can also form from how society treats survivors. When survivors feel that no one will believe them or be taken seriously, they may feel discouraged to speak out at all. This can take the form of victim-blaming, only hearing the perpetrator’s side of the story, or one’s intrinsic biases towards the survivor.

“I think it is important that we take people for their word unless there is proof otherwise,” Alex said. “If there is no evidence to say the accuser is lying, we should take the victim for their word and understand that they are putting themselves in a vulnerable position by speaking out. We need to make them feel comfortable.”

This especially applies to male survivors of sexual abuse. According to Joan M. Cook, Ph. D., since the majority of survivors of sexual abuse are female, there is a stigma of male abuse not being as bad as female abuse or does not exist at all. According to the University of Tennessee, male survivors have to overcome stereotypes of masculinity when revealing that they are a survivor. A male student may fear being ridiculed by his peers or being blamed for the abuse.

These factors could pressure a male survivor into staying silent, especially in a school environment where the survivor would face possible judgment by his peers and friends. While the same applies to female survivors, the stigma around male sexual abuse can worsen the effect on male students thus often shunning them into silence.

The pressure to not come forward can be far more direct. Since 93% of sexual abuse survivors are familiar with their abuser, they can be threatened and manipulated into not speaking out. This can take the form of gaslighting, guilt-tripping, or justification of the abuse. In Alex’s case, they were threatened.

“A major barrier to me speaking out was the threats I received,” Alex said. “[The abuser] made it clear that if I spoke out about it, there would be consequences. I chose to speak out anyway and unfortunately, those were not empty threats. I faced a lot of harassment and violence afterward.”

Nevertheless, there are resources available to survivors to begin their process of recovery. Simply having someone trustworthy to talk to can help survivors tremendously. In the long term, however, therapy and long-term connections with people who understand and believe the survivor can help remove some of the burdens of abuse from the survivor’s shoulders.

“If I had to name a person that has helped me greatly, it would be my therapist,” Alex said. “Then again, I would not say that I have completely recovered from the abuse. I am not sure if that is completely possible.”

Even in cases of teacher-student assault, there are ways within the school that can help the survivor to recover and bring the perpetrator to justice.

“In terms of helping survivors, I am a resource to them,” Polavieja said. “We work with teachers and staff to make sure the survivor is comfortable. That may entail excusing them from finishing homework if they are going to court or having a breakdown, but it all depends on the circumstances. No matter what, we will always change their working and academic environment to help support them and their mental health.”

If you have been affected by sexual abuse, there are resources to help you. To contact the Sexual Assault Hotline, call 1-800-656-4673, and to reach the Rape, Abuse, and Incest National Hotline (RAINN), visit www.rainn.org.