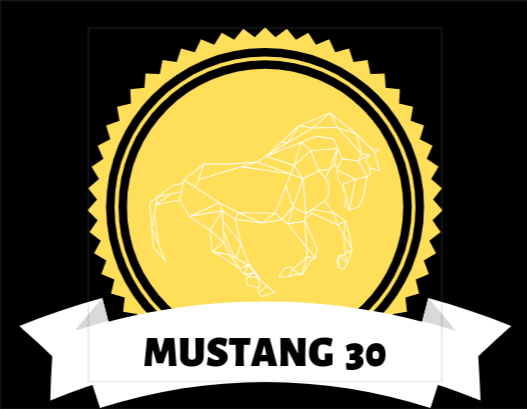 Metea Valley started its pilot of Mustang 30 on Wednesday, Feb. 13. The change in the school schedule provides 30 minutes each Wednesday in which all teachers are available to assist students with test retakes, to help students, or help students make up missing work. After the first two weeks, it’s clear this is an idea with a lot of potential, if it can overcome some flaws in its execution.

Mustang 30 hit us by surprise. There was no indication that it was happening except for a few rumors about its existence. It was not until a few weeks later, they were going to test a 30 minute period between 2nd and 3rd period out. Mustang 30 was quite interesting, to say the least. The first Mustang 30 was a disaster. Large quiet study rooms such as the library and the large forum room were crowded. Passing by using either passageway was a chore.

When everyone figured out that both of these quiet study rooms were filled to the brim the hallway, they began to flood with people. In my own experience, I simply could not find a room. Many of my friends were offered spaces that they go to during the regular school day, whilst the teachers were keeping everyone else out. One girl that I did not know very well ended up being taken into an art classroom while myself and my other friends were shunned from all rooms due to space or because we were not a part of the class. Teachers, specifically in the art hallway, would only let students that they knew into their classrooms, which ended up adding even more fuel to the fire.

In the end, a few friends and I sat in the PE hallway where most of the leftover students went. Whether Mustang 30 was calm and peaceful for the individual does not take away from the fact that Mustang 30 was a complete mess. The second Mustang 30, while still confusing, was better than the first. People knew where to go now and did not immediately turn to the populated areas.

Teachers communicated significantly better about what they were doing for Mustang 30 so students actually went to the classes that are in their schedule, making it run a lot smoother. However, the issue with Mustang 30 is not why it’s here. In theory, Mustang 30 sounds fantastic. The whole issue is placement and execution. I would argue that about half of the school is just trying to find a spot where they can talk with their friends or do what they please without anyone bothering them. Mustang 30 allows students to be independent of their learning. We can see that students are not utilizing this tool very well. The library and the large forum room were crowded for a reason. Most teachers have essentially said “this is a free study period” with some enforcing people to be quiet while others not. Mustang 30 is a horrendous idea. It asks every individual student to find a place all at the same time. The “sign up method” was attempted but it failed which was the cause of the first Mustang 30. The only reason the second went smoothly is that everyone purposely stayed away from the large forum room and the library, which did actually leave hallways hectic.

While students are not self-disciplined enough to properly do Mustang 30, it can still be salvaged. Mustang 30 should incorporate more elements into what it’s trying to achieve. Those who are willing should still have the opportunity. However, Mustang 30 can be used as club meetings, informational meetings, workout sessions, math team practice, mane filming, and so much more. Mustang 30 incorporating extracurriculars could benefit not only student’s involvement but also stress levels. Working out and going to clubs are stress relievers for a lot of kids, and many who would rather go to the library or elsewhere might meet for extracurriculars. These would be meetings for the most part but could be practice for some activities. Mustang 30 was not a very good idea because it took in student involvement in school, which is why it was so crowded and hallways were messy, but adding more possibilities would make students a lot more involved, and could benefit the health of students.

I have always been someone who has enjoyed the Wednesday schedule. It is really nice having a shortened day once a week. We may only get out 20 minutes earlier but it is something I cherish.

As for the new addition to the Wednesday schedule, Mustang 30, it is also something I have gained a liking towards. Initially, when I first heard about Mustang 30 from a close friend, I was surprised to hear that we would have 30 minutes between 2nd and 3rd period where we would not have to be in class and could choose where we wanted to go and what we wanted to do. I never would have thought that students at Metea would be given access to something like Mustang 30. I did not think it was a good idea at first because I figured students would use it as a time to socialize as opposed to studying or getting extra help. I was also skeptical about students filling out a google form to determine where they would go and for what reason.

It turns out that more than half of the student’s body never signed up for Mustang 30 and a lot of students that did sign up did not end up going to the place they originally signed up for. I was surprised that so many students did not care to sign up considering it doesn’t take much time and there is limited space for some locations.

My opinion on Mustang 30 completely turned around after the first week. For the first week, I had originally signed up for quiet study in the LMC but I knew that it would be an extremely crowded area so I had decided to meet up with a friend in the Chinese room which ended up being a nice quiet place to study. I was able to get an interview done with a friend and finished a story. I was very pleased with how the first week went because I didn’t run into any crowds on my way to the classroom and I had the opportunity to work diligently in a quiet, non-distracting environment. All of my friends were also able to go to quiet places to study. The second week of Mustang 30 was just as good as the first week. I was able to meet up with a few friends and we went to our AP Psychology classroom to study for a test that we had the next day.

Once again, I was able to work efficiently during Mustang 30. Many could argue that Mustang 30 is a waste of time. It’s only a waste of time if the time isn’t used properly. I think students should use time seriously. Any student could get a lot accomplished in 30 minutes if they choose the right place and they work productively.