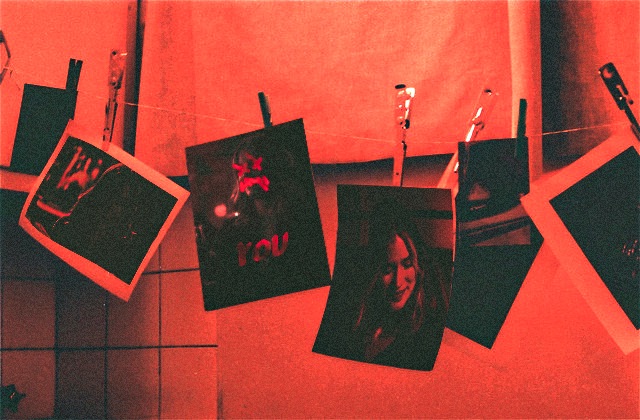 ‘YOU” follows the life of Joe, an obsessive stalker, as he interacts with the world around him.

‘YOU’ review: Season two excels from the start

Love can become infatuation. Infatuation becomes obsession. Obsession becomes homicide. In season two of the Netflix series “YOU”, we follow Joe once again, but this time with a new setting. Joe is in Las Vegas now, and he is hoping to start a new life.

In this new life, he is encountered with scumbag celebrities, old exes, and his essentially perfect match, Love. His endeavors with Love do not exactly resemble Beck’s, and I am glad that this season was not repetitive. We follow a new bundle of new characters, and their stories are dwelved more into this time around. While season one was not  shallow, it surely seems so compared to season two. This time around, instead of backstories being mentioned vaguely and not touched upon ever again, stories are now slowly uncovered at perfect pace.

There was shock, surprise, and  twists, making this season way more intense than the first. This season has viewers in a stir, ranging from them admitting their own creepy qualities, to questioning their morals with rooting for the main character. I am in love with this show, and for the first time in a while, I want to look deeper. That is not hard to do, as there is a lot of symbolism all throughout. Messages are not just blatant though, as some things can be seen only when watching again.

As mentioned before, we follow Joe once again. More about his childhood is revealed, and viewers get to see why he does the things that he does. It is almost like a villain origin story, as direct mirrors between past and present are shown. When first thinking of Joe, villain does not come to mind, but that is in fact what he is. His wit and charm and cover this fact up, and that is why viewers fall for Joe, rather than run away from him.

We see Joe crack more. We see him get smarter about his schemes, and we see him get better in a sense. There is less murder and violence on his part, and he acknowledges that what happened with Beck should not happen again.

I feel that this show is not something you can go in depth about without specific details, so I encourage anyone into drama and suspense to watch this show and check out the spoiler review. This show is very enjoyable, and there are many layers to it. It is not just a boy meets girl love story. It is  different because you watch from the point of view of the bad guy. You do not see the maiden in distress’ perspective. The show is filled with deep commentary from Joe and Joe alone. This can open up new mindsets and discussions, and I think that is great. Not only does it touch on the action of stalking, but it talks about the power of celebrities, addiction, and what a broken family can do to someone.

In conclusion, I loved this season immensely, and with season three just being announced, I look forward to watching again. Hopefully it comes in the near future.

I loved this season of “YOU”, I could even say I prefer it over season one. Ever since season one came last year, viewers have been excited for season two to release. When it was announced that it would be coming out Dec. 26, viewers were ecstatic, myself included. Shows usually do not have this affect on me, since they can be hard for me to sit through. Despite this, “YOU” was an absolute breeze to watch. Having watched it in two days and several more times after that, I am starting to notice new things each and every time I watch.

This season follows Joe once again, but with a new love interest and a new city. After the murder of Beck, her book sales call the attention of Joe’s ex, Candace, who was assumed to be dead. In fear of Candace revealing what he has done, he runs away to Los Angeles. Donning the new name Will Bettelheim, Joe tries to clean his slate, but it can be hard to do that with a trail of murders under your belt.

The characters in this season seemed more developed than in season one. Characters like Forty, Ellie, and Delilah were a joy to watch. The show got into their stories, their faults, their pains, and that’s not something that was very touched on in season one. We even get more into Joe this season, and we can see a lot more of why he perceives things the way he does. While season one touched on Mr. Mooney, this season touches on Joe’s birth parents.

Joe’s parents were dysfunctional, abusive, and obviously did not take care of him. This is why Joe is so obsessive over finding true love (Beck, Love) and makes a point of taking care of the children around him (Paco, Ellie). Sad to say, but he mirrors his father, using his abusive habits to get what he wants. Seeing this makes you feel bad for Joe. You know that Joe is a troubled man, and his actions are not right. But you can not help but support him in his endeavors. This is the tactic they used in season one as well, but it is  way more prevalent in this season.

While watching, viewers do not root for Love to run, or Ellie to stay away from him. You know who they root for? Joe. The writing on this show makes you see his perspective. His backstory not only helps this, but his wit does. His personality is not just psychotic. He covers up his horrific tendencies with buying flowers and cute pick up lines. He justifies his stalking by saying that he is protecting himself. He justifies his obsession by saying he cares. He believes he is doing the right thing, being the good guy, when he is doing the exact opposite. While he is actually better in this season, he is not all forgiven. The people around him fall for his tricks as well. As Candance said, what is it about Joe Goldberg that is so amazing? After Joe has convinced himself that he has killed Delilah, he realizes that he is a terrible person, and accepts it. He is ready to be behind bars as punishment for his wrong doings, because he knows he will look for it elsewhere if he does not get it now. But Love will not let that happen.

Love is Joe’s exact match. Love gives Joe the love that his mother never did. She makes him pastries, takes care of him, and never stays mad at him for long. Both of them have been hurt, abused, and scarred in their youth, and this helps them connect. Is this is too good to be true? Revealed in episode nine, Love is just as crazy as Joe is. In my opinion, she may be crazier than him. The fact that she can offer to make breakfast for Ellie after murdering her sister is insane. She is able to go to her friends wedding after locking Joe in a cage and framing Ellie for Henderson’s murder, which spirals into her having to run away with no guardian. Both Love and Joe will throw others under the bus for love, and that is not healthy. They display narcissistic and obsessive qualities, and they do not cancel out in any way. Two people who are exactly the same will not be compatible.

With Love carrying Joe’s child, Joe feels like he is forced to stay in the relationship, because he wants to be a better father than his own. His love for Love is gone, and he considers his home life as punishment. This is his glass cage. He is stuck with a woman he no longer loves, and now has to take care of a child. Not jail, not prison, a homelife. Joe is not used to this. This leads onto the finale, where he peers through a cracked fence at his neighbor. If this is another woman he grows to be obsessed with, the series may get repetitive at this point, and I’ll honestly lose even more respect for Joe. Some viewers, including myself, think that this is his mother. This would make sense, since he does not refer to her as “you” or “love”. He calls her neighbor. I hope this his mother, because another love interest would be a little boring. In all, I feel bad for the child to come. Their daughter will grow up with implicitly unstable parents.

With great storytelling also comes great symbolism in “YOU”. There’s obvious ones like Love’s name being love itself, and when Joe talks about love you never know if it’s the thing or the person. Captions could probably help with that though. There is also hidden symbolism, like Joe’s neighbor reading Brave New World, I like to think that this is a call out to John the Savage. Both John and Joe go to another place and are encountered with things they thought were paradise, but are hit with the hard truth of reality. There is also the symbolism of Forty and Jay Gatsby, as Forty calls his associates “Old Sport” throughout episodes. Both men die for another man’s doings, and both are seen as rich pigs with no real brains. I think the symbolism in this show can be hard to look through if you are  not a reader, but they also use a lot of school centered books, so maybe writers want these signs to be seen. There is also the JOEker and Harley QUINN debate, but I am not sure we can take that seriously.

All in all, I loved this season. With season three being announced, I am excited but also scared, as the thirds in most series are usually where things start to dwindle. I applaud the actors and writers of this series for opening a wonder that I have not felt with a show in a while.