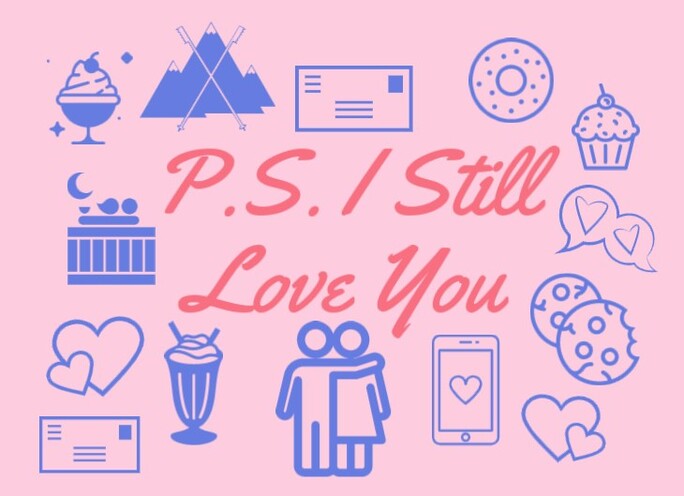 ‘To All The Boys P.S. I Still Love you’ Review: Another sequel that does not live up to the hype

The long-awaited sequel release “To All The Boys I’ve Loved Before” has many fans talking. The previous movie left with Peter Kavinsky and Laura Jean Covey on the lacrosse field sharing a special moment that led to many fans asking questions. After the first movie was released many were waiting to see what the future had in store for the cute couple.

To “All The Boys P.S. I Still Love You” is based on the #1 New York Times best-selling series written by Jenny Han. It was exciting to see Han’s cameo performance as a heartfelt teacher consoling a young girl in the lunchroom on Valentine’s Day. To my surprise, I was pleased that there were some references to the book that appeared in the film.

Lana Condor does a fabulous job portraying the character of Lara Jean by being her fun, stylish, serious, romantic, and quirky self. Noah Centineo plays a great role as Peter Kavinsky in showing the jock but also the heartfelt side of him.

When the movie was released, I had very high expectations because the first movie was well executed. It was not your typical romance movie, it had many fun quirks and an interesting plot twist that made you want to keep watching. I would not say “P.S I Still Love You” was bad, but there were definitely some downfalls to the film. First, the movie was too short and rushed. It was only an hour and a half and for a romance movie, I felt like it could have been a lot longer. There were many parts in the movie where the scenes were just frankly boring. There were not a lot of sentimental moments with Lara Jean and Peter like there was in the book. I was seeing too much of Lara Jean and John Ambrose, who all of a sudden comes back into her life, but not enough of Peter. I would have liked to see them together a lot more and grow deeper in their relationship. This movie lacked romance. Even though the book and the movie correlated in some parts, I felt like they missed a couple of important details. There were a lot of things missing from the book that would have made the film a lot more cohesive and longer.  Like most movies, this film was predictable. Even without reading the book you would be able to know what happens next.

One aspect of the movie that I thought was a huge highlight was the soundtrack that played throughout. I felt that every song that was imported went perfectly along with each scene. Whether it was a happy or sad scene the song fit right in. One of my favorite songs from the movie is “Moral Of The Story” by Ashe. Laura Jean was going through a heartbreak, the song played and it fits right in with what was going on. The producers definitely deserve credit for picking a really great soundtrack to go along with the movie.

Rotten Tomatoes gave “To All The Boys P.S. I Still Love You” has a rating of 73%. I personally would have given it around the same rating because although it was good, it could have been a lot better. Unfortunately, this movie does not compare to the first one. If Netflix decides to come out with a third movie, I hope it can regain the fun, comedy, suspense, freshness, and romance of the original movie.

When it comes to films, I am very picky about genres like romcoms. “To All The Boys I’ve Loved Before” is by far one of my favorite rom coms of all that I have seen. I never would have thought that I would enjoy watching two high-school students start a fake relationship to make another student jealous. Although, the idea of a love letter written with no intention of being sent can bring that person into your life and change it in a way you didn’t expect.

I was skeptical about a sequel to “To All The Boys I’ve Loved Before.” I will say that “P.S. I Still Love You” was good but could have been better. I thought that the way it follows the first movie was fair. Lara Jean and Peter Kavinsky’s relationship that started as fake turned into a sincere one.  Lara Jean and Peter’s love for each other is evident throughout the movie but it was not as exaggerated as I expected. Although, I love how Lara Jean, quirky and often serious and Peter, charming and romantic, found true love, unintentionally.

The plot twist that the directors threw in with John Ambrose is an interesting addition to the story. It was really eye-opening to see one of the people that Lara Jean wrote a love letter to come back into her life unexpectedly. I was so eager to know if Lara Jean would be faced with a difficult decision and it turns out she was.

I wish the movie was longer and less rushed. As I was watching, it felt like everything was happening so fast. I was able to enjoy all of the Lara Jean and Peter moments despite the haste. I wanted to see more of Peter and Lara Jean as opposed to John Ambrose and Lara Jean. Although, it was adorable to watch them volunteer together at the retirement home.

Lara Jean’s indecisiveness makes it hard to follow along at times. After John Ambrose came back into her life, she began to have second thoughts about her love for Peter, probably because she was in shock after seeing John. In the end, she makes the decision that is right for her. I was shocked when Lara Jean kissed John at the Star Ball because Lara Jean made it seem as if she was falling in love with John again. I was glad that she realized at that moment that she was kissing the wrong person. The moment she says that it is Peter that she loves, my heart fluttered.

I will be honest, I began to get bothered with Gen’s presence in the movie. Gen plays an important role in the story because she was once good friends with Lara Jean and she dated Peter but I was disturbed by her ubiquity because she continuously intruded on Lara Jean and Peter’s relationship. In my opinion, Gen is the only barrier between Peter and Lara Jean. She is also the reason that Lara Jean wanted to break up with Peter. After Lara Jean broke up with Peter, I felt my heart sink. The breakup felt very abrupt. I had hoped that Gen wouldn’t get in the way at that time.

I was glad that the movie did have character development. I am most happy that Lara Jean realizes that she is meant to be with Peter so she chooses him over John. Gen and Lara Jean talk things out towards the end of the film and they both realize that they are glad to have met each other when they were young despite their hatred towards each other in their recent years. Gen explains that she has been going to Peter to talk to him because she was trying to cope with her parents splitting up and Peter has gone through the same situation. I was really happy to see Lara Jean and Gen clear the air because it was much needed. Not only did this better Gen and Lara Jean’s relationship but it also leads Lara Jean to realize that she was wrong to leave Peter.

Overall, I enjoyed watching Lara Jean and Peter’s relationship in a more serious manner. I also liked the plot twist with John Ambrose. Although, I did not enjoy some parts of the movie, such as the breakup between Lara Jean and Peter I knew that they would find a reason to be together again. Lara Jean and Peter are so much more than the words written in the love letter.